Quebec says it will provide a guaranteed basic income for 84,000 people who are deemed to have a "severely limited capacity to work" because of physical, psychiatric or development disabilities.

As jurisdictions around the world study and mull the concept of guaranteed income, Quebec has taken one of the boldest steps yet.

But the province's Economic Action Plan to Foster Economic Inclusion and Social Participation 2017-2023 does not embrace the concept of a basic income for all.

On the contrary, while bolstering support for those unable to work, Quebec continues to embrace punitive measures for those deemed fit to work, particularly single men.

Last year, the province introduced harsh rules for welfare recipients, slashing their benefits to a mere $404 a month if they are considered fit to work but don't have a job.

The new plan continues in that vein, increasing social assistance rates modestly and pumping money into job-training programs that are increasingly mandatory for welfare recipients.

Anti-poverty groups have denounced the approach as creating two classes of poor people: the "good poor" who can't work and the "bad poor" who don't work.

They point out that, beyond severe physical and mental disabilities, there are many barriers to employment, such as illiteracy, poor education, a criminal record and lack of decent work opportunities.

In fact, unions and social advocacy groups argue that the best way to incite people to work is to create decent work conditions, such as a livable minimum wage and benefits.

There are many perverse disincentives that keep people trapped on welfare. For example, a social welfare recipient who takes a job may lose drug benefits or housing subsidies as a result. Benefits are also clawed back if a welfare recipient earns more than $200 a month – a cap that has not changed since 1994.

Currently, there are 802,377 Quebeckers living below the poverty line, according to provincial government data. Of that total, 419,527 are on social assistance, including 130,000 who are deemed fit to work, and can suffer various financial penalties as a result.

What those numbers tell us, between the lines, is that there are a lot of working poor – people scraping to get by.

In the discussions around guaranteed basic income, the working poor are far too neglected.

There would be tremendous social and health benefits in ensuring that everyone earns a decent living wage. Topping up the income of those working but barely scraping by is one way to do it.

Yet, there is a real danger that this would perpetuate low-wage jobs and amount to nothing more than a subsidy for business.

Discussion of guaranteed basic income has entered the mainstream, embraced by the left, the right and centrist political parties.

In addition to Quebec's move, Ontario has a much ballyhooed pilot project that will study the impact of providing a $17,000 basic income to up to 4,000 people in three communities. Finland also has a real-world study in which it is providing a basic income of €560 (about $850) a month to 2,000 people who would otherwise collect employment-insurance benefits.

As with many complex social policies, however, the devil is in the details.

That a certain level of income – usually equivalent to the poverty line – guaranteed is only one piece of the puzzle.

There are those who envisage a guaranteed income as a way of eliminating all other social programs and ultimately saving the state a lot of money.

There are those who see basic income as a substitute for the often impenetrable maze of social welfare programs – a way of getting cash into poor people's pockets, in addition to providing a range of other social supports such as low-cost housing, daycare and health care.

And there are those who see a guaranteed income as a charitable gesture for some and the provision of bare minimum income for others – a way to incent all those who can work to do so.

These are very different philosophical and economic approaches, a mix of carrots and sticks, but they have all been haphazardly labelled "basic income."

As these discussions move forward, the challenge will be to find the sweet spot – ensuring social justice for all while not allowing anyone, individuals or corporations, to shun their social responsibilities. 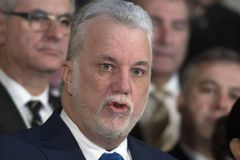 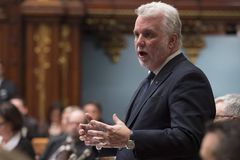 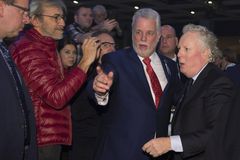