Quebec Premier Pauline Marois' proposed Charter of Quebec values is a desperate throw of the dice for Quebec nationalists. Ms. Marois has turned her back on the practice of leading nationalists who, over the past half-century, have sought to balance the concern for cultural preservation with an inclusive civic nationalism.

Quebec Liberal leader Philippe Couillard has charged Ms. Marois with betraying René Lévesque's legacy of openness. Supporters of the Charter disagree, claiming its proposals are in keeping with Quebec's historic project of cultural affirmation. Yet, this clash of opinion obscures a more important point. By advocating an overtly closed definition of the national "we," the Marois government has fallen out of step with a longstanding tradition dating back to the onset of the Quiet Revolution in the 1950s and 1960s: that of allowing contradictory notions of belonging to coexist within Quebec's nationalist discourse.

Quebec's nationalist discourse is roiled with tensions, tensions that have taken shape through successive nation-building periods. In the early days of British rule, and on and off until the mid-20th century, the Church supplied the primary basis for national identification, defining belonging in primarily ethnic terms. This changed with the Quiet Revolution, when the provincial state emerged as the key spokesperson for Quebec nationalism. Yet, the ideological shift that took place during this period did not completely displace the concern for cultural survival. Instead, Mr. Lévesque and other nationalist leaders sought to equip francophones with inclusive measures to maintain their linguistic and cultural heritage. Bill 101 is exemplary in this regard; it transformed French – a cultural symbol deemed to represent Quebec's uniqueness within Canada – into a mechanism of civic belonging.

This commitment to safeguarding Quebec's culture without sacrificing inclusion continued to inform nation building in the post-Quiet Revolution era. The interculturalism model, which Quebec intellectuals and policy makers devised in the 1980s as a direct alternative to multiculturalism, pays heed to both kinds of instincts by advocating pluralism, but within the confines of a national culture centered on the French language. The report of the Bouchard-Taylor commission – a commission set up to make recommendations on the reasonable accommodation of minority religious practices in Quebec – recognized the importance of maintaining this fragile balance. Sadly, the commission's proposals were shelved.

The proposed Charter of Values breaks with this history of allowing a productive tension between ethnic and civic belonging in Quebec's nationalist discourse. By identifying religion (or attitude to religion) as a key dividing line in Quebec society, the Charter not only exacerbates differences based on birthplace or culture; it reignites urban-rural cleavages and pits progressive tolerant elements of the separatist movement against those who, at all cost, seek to narrow avenues for membership in Quebec.

The repercussions of this kind of politics are evident in France, where, particularly over the last decade, governments have passed laws prohibiting ostentatious religious signs in schools and face coverings in public space. The realignment of politics around these issues has deeply divided the French political terrain. Many on the French left no longer recognize their ideas in mainstream leftist platforms, which increasingly justify links between Islam and national security concerns. The feminist movement is equally split, with a growing division between those who cite republican concepts of equality and freedom to advocate restricting Muslim women's religious rights and pluralist feminists who deplore their colleagues' use of feminism to advocate discrimination. The wedge drawn by a politics centered on attitudes to religion is also evident in French Muslim communities, where some women have turned to the veil in protest, and where riots have recently erupted over police treatment of women wearing Islamic face coverings.

To bolster the political prospects of her minority government, which is lagging behind the Liberals in the polls, Ms. Marois has turned to a nationalism that is ethnic in character and that draws a sharp line between those who can trace their heritage to Quebec's distant past, and first and second generation immigrants, particularly those from Muslim countries. What makes this a throw of the dice is that it is provoking rifts within the nationalist movement, as the PQ turns its back on decades of negotiation between ethnic and civic visions of who belongs in Quebec.

Emily Laxer is a PhD candidate in Sociology at the University of Toronto. Her research compares debates over minority religious integration in France and Quebec. 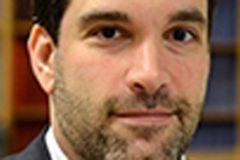 Opinion
Quebec’s ‘deep divisions’ were nonexistent – Until the Charter came along
April 17, 2018 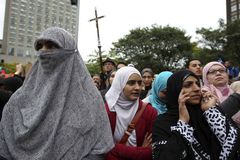 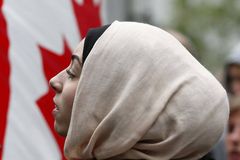