Alarming as the Quebec government's leaked proposals to ban religious symbols in public sector spaces appears, there is good reason to remain at least temporarily calm.

The publicizing of the proposals in a late summer edition of the populist Journal de Montréal – devoid of any attribution whatever – has the distinct appearance of a very carefully floated political balloon.

More, the instant puncturing of that balloon by no less an éminence grise than world-renowned philosopher Charles Taylor surely ensures a plan that wasn't going to see the light of day anyway has already been buried six feet underground.

Taylor was, of course, co-chair of the previous Liberal government's commission on "reasonable accommodation" of minorities in Quebec. His sharp-tongued coining of the term "Putinesque" – equating Parti Quebecois' attitudes toward religious minorities with Russian strongman Vladimir Putin's repression of gays – should pierce even the thickest PQ skins.

Much as PQ MNAs, cabinet ministers and even Premier Pauline Marois love to vaunt being in touch with and highly sensitive to le Québec profond, somewhere in the neighborhood of zero would dare show their faces in polite company in Rimouski, never mind in Montreal, after passing legislation that a thinker of Taylor's global calibre has denounced as comparable to homophobia.

Certainly it is not something to which one would expect a London School of Economics graduate and former Radio Canada journalist such as PQ Minister Bernard Drainville to attach his name. As Minister Responsible for Democratic Institutions and Active Citizenship, Mr. Drainville has been so coy this summer about accepting invitations to publicly discuss the PQ's plans for asserting "Quebec values" through legislation in the National Assembly that speculation had him scrapping the whole idea.

Such speculation was apparently wishful thinking. There will be something. It just won't be something quite as "draconian" – another descriptor from Charles Taylor – as the bans for religious minorities floated in the Journal de Montréal this week. It will, in the end, be presented as a reasonable political compromise from an early draft that, we will be told, no one in government ever authorized anyway.

Which is where things get truly worrisome again.

Somehow, somewhere in history, something has climbed into part of the Quebec psyche – the word "part" must be loudly emphasized – that not only fears difference but is cued to obsessively control it. Worldly intellectual sophisticates such as Mr. Drainville may cloak this compulsion in talk of clear rules for social engagement, they may put on their best "come let us reason together" smiles, but what they ultimately want is control. Or, in a word Vladimir Putin would understand perfectly, power.

What they fail to understand – by accident or design – is that the pursuit of that level of power is directly antithetical to what the majority of Quebecers want, which is freedom. One of the freedoms Quebecers want most earnestly is freedom from the very social divisiveness that the so-called Charter of Quebec Values threatens to embed in law.

Immediate commentary in the aftermath of the leaked story about the planned ban on religious symbols focused on the hypocrisy of Christians getting to keep "some" of their symbols such as the cross in the National Assembly, while Jews would be forbidden from wearing the kippa, Muslim veils would be prohibited, and Sikhs would not be allowed to wear turbans while at work in the public sector.

Yet as a Christian, as a Catholic, it afflicts me when such injustice is inflicted by the state upon my fellow travellers on the path to God. It wounds me to have the state willfully divide us even further than our doctrinal differences already do. And it violates my own faith to have its symbols reduced to mere baubles the state can, willy-nilly, bless or ban. The cross is not, for me, a government approved decoration. My religious life is not a function of politically acceptable furnishings.

This is the part of freedom that apparatchiks such as M. Drainville and his PQ colleagues – or their ideological mentors in France – never get. When they seek to control religious life for citizens, they are not cultivating values. They are certainly not ensuring a values-neutral use of public space. They are, on the contrary, using the state's monopoly on power to impose a politically tailored view of religious life that separates us from each other – and from ourselves.

They can tell us we should remain calm. We may even temporarily believe them. And then we should really start to worry.

Peter Stockland is publisher of Convivium magazine and director of media services for Cardus, a think tank that draws on Christian social thought.

Quebeckers: How would a ban on religious symbols at work affect you?
August 27, 2013
Opinion
Quebec’s Charter plan is not about symbols – it threatens religion itself
August 22, 2013 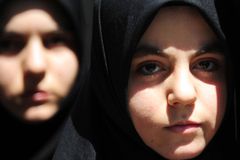 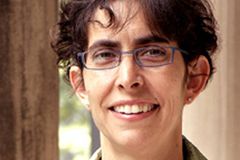 Opinion
Books are a cultural asset, but at what price, Quebec?
August 20, 2013