Today marks the start of the higher-education summit in Montreal, part of the armistice struck between the current Quebec government and student protesters who took to the streets by the thousands last year to rally against proposed tuition increases. It is the endgame in a gamble by péquiste Premier Pauline Marois that could have repercussions for postsecondary education across Canada.

Upon taking office last September, Ms. Marois promptly scrapped a proposal by the now-ousted Liberal government of Jean Charest to gradually increase tuition in the province by $1,625 over the next five years. In so doing she set conditions by which both the government and the leadership of the student movement could claim victory. Indeed, with the dissolution of CLASSE, the coalition of student groups formed in opposition to the proposed tuition hikes, and former student leader Léo Bureau-Blouin now advocating for an end to student demonstrations from his seat in the National Assembly, only the most militant student organizations continue to stoke the embers of dissent. Chief among these is ASSÉ, which refuses to even participate in talks with the government so long as the prospect of free tuition remains off the table.

Having pacified the mainstream and isolated the radical fringes of the student movement, Ms. Marois's gamble seems likely to pay off. Among modest concessions the summit will ultimately validate existing plans to index tuition in Quebec to the cost of living. Student groups will frame the outcome as a victory for affordable education and a vindication of their demonstrations. Critics will deride it as a blow to quality education in Quebec and a capitulation to self-entitled youngsters.

To their collective detriment, all parties are likely to side-step a key issue fuelling the discontent that manifested in the largest student strike in Canadian history and exposed the generational fault lines within our society.

For decades soothsayers have warned that the excesses of the baby boomers were draws on a mortgage that would be borne by future generations. These abstract premonitions are now stark economic realities. Unemployment among 15- to 24-year-olds is double the national average and the overall decline in real wages has disproportionate effects on young workers. The level of competition for entry-level positions among recent university graduates has resulted in wage depression as well as the emergence of a cottage industry in unpaid internships and volunteer positions that come with the promise of experience in lieu of compensation. This adds yet another requisite to the résumés of already-encumbered young people in search of employment, and disadvantages those who haven't the means to work without pay.

Those who manage to find a job are by no means out of the woods. A university education is now a prerequisite in every professional sector, resulting in an average student debt of approximately $27,000 plus the opportunity costs associated with postponing entry into the labour market. Notwithstanding their being highly educated, new university graduates are commonly underpaid and underemployed. A recent report on youth unemployment released by the Certified General Accountants Association of Canada found that the labour market advantage of higher education has diminished and the skills of one in every four highly-educated youth workers in Canada are underutilized.

At the same time, young people face decreasing real incomes despite more demanding jobs, and a substantially higher cost of living than previous generations. Between 1980 and 2005 inflation-adjusted median earnings for full-time workers in Canada rose by 0.1 per cent, while in the same period the average inflation-adjusted price of a home in Canada rose by nearly 40 per cent. By even the most basic calculus young Canadians are, on the whole, doing more for less as compared with boomers. This is not a commentary on generational work ethics, but rather a statement about entitlement.

The sense of entitlement among Canadian youth has been broadly mischaracterized as expecting something for nothing. On the contrary, insofar as young people feel entitled it is generally only inasmuch as they expect access to the same opportunities to which their predecessors were privy. In the heyday of the baby boomers, tuition was affordable, student loans were negligible, and a university degree all but guaranteed employment. Boomers benefited from robust social programs and the cost of living was significantly more affordable.

Given the predicament with which Canadian youth are faced, boomers might be inclined to rethink certain generally held ideas about entitlement in this country. After all, it is the bottleneck of boomers who, having largely failed to adequately save for retirement despite earning more disposable income than any other generation, remain in the workforce to shore up their nest eggs and thus stymie the career advancement of young Canadians. This same generation will levy increasing strain on social programs such as health care and pensions in the years to come, eroding the quality of both while passing the buck onto the next generation of taxpayers. All this is to say that there are plenty of accusations of entitlement to go around.

In many ways the protests in Quebec did a disservice to the real problems faced by young Canadians. They reduced complex structural dynamics to a matter of tuition. While tuition fees across Canada continue to rise, they do so at a less rapid pace than a decade ago. When adjusted for inflation, average undergraduate tuition fees in Canada rose by 111 per cent between 1990 and 2000, but by only 17.5 per cent between 2000 and 2010. Accordingly, while average student debt loads increased by 101 per cent during the 1990s they rose by a comparatively marginal 8 per cent between 2000 and 2009. Admittedly, the national average is a broad indicator of tuition trends, which vary significantly by province, university, and program, but it nevertheless speaks to tuition hikes in Quebec as a catalyst for action, not a root cause.

Much of the resistance to tuition increases is fundamentally about the misalignment between the cost of education and its declining returns when it comes to creating career opportunities for graduates. Student protesters have focused on the cost side of the equation and made tuition the red line; it is a strategy that sets the stage for a faux-populist victory. But warding off tuition hikes will not remedy the deficits in the labour market; deficits that will likely persist as retiring boomers are supplanted by increased competition from emerging markets. And financing tuition by slashing university funding, as the Quebec government has done, will only further undermine our competitiveness in the global economy.

An emphasis on the cost of post-secondary education makes for an effective rally cry, but ultimately overlooks more substantive considerations about the value of said education in the twenty-first century. Quebeckers in particular ought by now to be able to recognize a superficial concession when they see one. They should take full advantage of this opportunity to prompt a broader, national conversation about the future prosperity of Canadians. It is a conversation that is long overdue.

Clifton van der Linden is a PhD candidate in the Department of Political Science at the University of Toronto and an Action Canada Fellow. 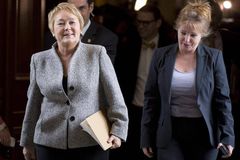