An incredible amount of ink has been spent on the reaction to the proposed Charter of Quebec Values, considering that the document itself remains veiled to the wider public.

For those wishing to brush up on laïcité, John Bowen's Why the French Don't Like Headscarves provides an excellent analysis of the distinctively French view of the separation between church and state. According to Mr. Bowen, laïcité is a French tradition that began in 1905 when the Roman Catholic church was officially removed from France's educational system and a greater part of public life.

The distinction between laïcité and secularism is partly due to the different philosophies of Jean-Jacques Rousseau and John Locke. According to Rousseau, the individual gains freedom through the state, which has the right to regulate the public sphere of religion. On the other hand, Locke placed freedom of conscience as the cornerstone of individual rights, which guarantees freedom from the state. These opposing views have permeated societies with French and British roots.

After having undergone a revolution far more quiet than that of their French counterparts, Quebeckers have embarked on a long overdue debate on their own definition of laïcité. It will be shaped by cultural heritage, linguistic identity and the contemporary reality of living in a fully anglicized North American milieu shaped by Lockean roots.

The past decade witnessed a similar vigorous debate in France. "Conspicuous" religious symbols were prohibited in public schools in 2004; face coverings were banned in public spaces in 2010. Many French Muslim leaders came out in favour of discouraging the face veil, citing the incompatibility of a non-obligatory practice with the French tradition of laïcité. It also marked a maturation of Europe's largest Muslim minority by adapting to the historical and social realities of France – rather than importing those of the Middle East or North Africa. Such an approach provides a valuable paradigm for Muslim communities that seek to integrate into the wider Western fabric, while remaining true to overarching Islamic principles.

Often, Muslims chafe at monolithic characterizations of their faith. Yet they sometimes do the very same by insisting that Islam should be practised in a uniform manner, regardless of place and time. For example, some will insist that there is only one way to dress modestly. Yet Islamic civilization always took into account local culture and changing circumstances, resulting in cultural tones and variations that are readily apparent in diverse Muslim populations throughout the world.

Some argue that Islamic radicalization is culturally predatory since it seeks to undercut indigenous culture by imposing an exogenous practice, as evidenced in Somalia and Mali. While Muslim communities do not have such a narrow agenda, they have often failed to examine local history and culture in a meaningful way.

As a result, some have inadvertently harmed community development by importing foreign cultural practices that have little relevance to local context. Take, for example, the influx during the 1970s and '80s of foreign preachers and imams into Canada who told Muslims not to vote, since Western governments were un-Islamic. This strategy only served to marginalize Muslims from civic engagement, and delayed the development of civic and political leadership.

Muslim communities must realize that their home is here, and that it will take great effort to develop Islamic practice that has a Canadian tone, with regional variations. This implies ceasing blind importation of overseas cultural practices, or consultation of overseas imams who have no desire to understand Western cultural context.

Institutions should reflect local best practices, where discourse, debate and inclusion of stakeholders set the tone. Currently, most Muslim institutions are replicas of their foreign counterparts, with a top-down approach in which the voices of women and youth are often absent.

We need intelligent, dispassionate discussions of how Western principles, such as gender equality, freedom of conscience, freedom of expression and critical inquiry, meld with overarching Islamic principles.

Civic engagement will also be paramount for future integration, as Muslims participate in wider policy issues, such as the environment, energy security, aboriginal self-assertion and, yes, Quebec identity.

In classical Islamic thought, the overriding principle of the faith was understood to be mercy. It was manifest by the intent to do good to others, to bring benefit to the wider society and to prevent harm. It is a principle worth resurrecting as Muslims establish roots here. 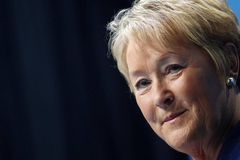 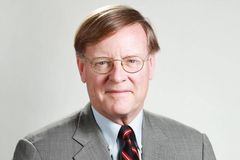