Kent Roach teaches at the University of Toronto law faculty and worked with both the Arar and Air India commissions. Craig Forcese is a law professor teaching national security law at the University of Ottawa and a participant in the Canadian Network for Research on Terrorism, Security and Society.

The federal government promised a legislative response to the October attacks in Ottawa and Saint-Jean-sur-Richelieu, Que. What it tabled Friday is a selective overhaul of national security law. Some reforms seem sensible but others draw red or yellow lights. Privacy and freedom of expression appear to take significant hits, without assuring that Canadians will be safer. And the government continues to turn a blind eye to systemic failings in our national security accountability system.

The new internal government information-sharing legislation blinks red. Critically, it paints national security broadly – including things like the "economic and financial stability of Canada." Much is left to be decided in regulations under the new act but once information is shared, it can be disclosed "to any person, for any purpose," open-textured language that makes any veteran of the Maher Arar saga cringe. Accountability is invoked in the preamble, but not established – a whole-of-government information-sharing regime is not matched by a renewed whole-of-government accountability mechanism.

On the criminal side, the headline is a new offence of knowingly "advocating or promoting" commission of "terrorism offences in general" while knowing or being reckless about a terrorist offence that "may be committed." This is, at best, a "stale" yellow light – we simply do not know what these vaguely drafted offences means. The criminalization of advocating and promoting seems to go beyond the enormously expansive existing crimes relating to inciting and threatening, but it's unclear how far. We will find out after some lucky person says something that results in a prosecution. The law infringes on freedom of expression, but is it reasonable? Until then, speech will be chilled.

We don't agree with extremist ranters, but chilling those rants won't make Canadians safer. Sending chatter underground just makes it more difficult to monitor, and it may also be perceived as disproportionately targeting Muslim communities. This will spike the much more important tool at government's disposal: an effective, community-based program to counter violent radicals.

Changes to Canadian Security Intelligence Service powers also merit a yellow light. CSIS is given broad authorization to take "measures" to reduce security threats. These are supposed to be reasonable. They also cannot violate the Charter or other Canadian law unless authorized by judicial warrant. The bill then specifies no death or bodily harm, no obstruction of justice and no violation of sexual integrity.

We struggle with this construction. One way to read it is: "A judge can authorize CSIS to engage in illegal and unconstitutional acts so long as they are reasonable and don't cause death or bodily harm, obstruct justice or violate sexual integrity." This can't possibly be what is intended, since beyond search and surveillance, judges just don't have the power to bless unconstitutional acts.

All this will be ironed out with time and court proceedings. But until then, the risk is a widespread perception that CSIS can act beyond the law if a judge is onside.

Another concern is how to read this new law alongside earlier CSIS changes that are still before Parliament. The new powers to disrupt will fuse with the earlier bill's broad power to shelter informants from identification before the courts. Sweeping source privilege was a bad idea before. Then, we feared it would impede Canada's ability to secure convictions, especially in foreign terrorist fighter cases. Now, we imagine source privileges for agents provocateurs, as CSIS becomes more than an intelligence collection agency.

The most striking omission in this law project is the stubborn failure to streamline the review bodies for CSIS and other security services so they can work together and reach more government conduct. The government keeps pressing "go" on more powers while mouthing unpersuasive speaking points about how our tattered review process is state of the art. The changes to preventive-arrest and peace-bond provisions sit better with us, but many will seem them as extraordinary. Preventive arrest will not be easier to justify and can be extended with judicial approval for an additional four days, for a total of seven. This is mild by international standards, but detention without charge is controversial. There is nothing that regulates what happens during the seven days. Expect its use to fuel a constitutional challenge.

A new peace-bond provision is included, changing the standard from reasonable grounds to fear a person "will" commit a terrorism offence to the slightly more permissive "may." This lowers the standard, but it was already low. The change may or may not have made a difference when a prosecutor told police they didn't have enough evidence for a peace bond against Martin Couture-Roleau, who later carried out the Saint-Jean-sur-Richelieu attack. No one is saying much about that case.

In sum, the bill could have done much more to square security with liberty.

Opinion
Canada should learn from U.K.: You can't arrest your way out of terrorism
January 29, 2015 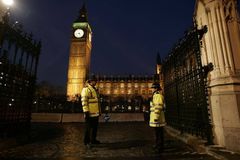