Much has been made of the government's muzzling of the science community, its low regard for statistics, its hard line against environmentalists.

Because Stephen Harper otherwise appears to be a clear-headed rationalist, there is some wonder about the motivation for these impulses, including the question of whether they are triggered by his evangelical beliefs. The Prime Minister is a member of the Alliance Church, more specifically the Christian and Missionary Alliance.

Alberta journalist and author Andrew Nikiforuk, a Governor-General's award winner, sees the evangelical creed as being at the root of much of Conservative policy-making in these areas – religion is trumping reason, he says. Mr. Nikiforuk is a conservationist and a Christian social conservative who has spent "many pleasant hours in a variety of evangelical churches and fundamentalist communities." He recently wrote an analysis for The Tyee, British Columbia's outstanding online newspaper, which garnered a huge response. Under the headline "Understanding Harper's Evangelical Mission," the article carries a subtitle reading, "Signs mount that Canada's government is beholden to a religious agenda averse to science and rational debate."

Mr. Harper is quiet on the issue of his religion, and the media have mostly steered clear of the subject. After all, religion is a personal business. Many of our prime ministers have been of faith, and it has not been in our tradition to pry. (In retrospect, it would have been right for Canadians of the day to know about Mackenzie King's table-rapping séances and spiritualism – they certainly seemed to affect his policy-making. But Mr. King's devotion to the deities wasn't revealed until he was out of office.)

While religious privacy is important, the evangelical movement is not a typical religion when it comes to politics. Its aggressive propagation of social conservatism and biblical fundamentalism has had a significant impact on U.S. politics and presidents such as George W. Bush. In the United States, a politician's ties to the religious right are fair game – evangelicals represent something like a third of the American population. In Canada, where that number is more like 10 per cent, evangelicals have achieved nowhere near the notoriety, and Mr. Harper, restrained by public opinion, has not pursued a strong social conservative agenda, undercutting the notion that his government is beholden to theocons.

But the Conservatives' positions on research, statistics, environmental assessment, pipeline opponents, climate change and so on leads many to wonder. In Mr. Nikiforuk's view, "Republican religious tribalism is now Ottawa's worldview." He says Mr. Harper openly sympathizes with, if not endorses, evangelicals' climate skepticism, their distrust of mainstream science and their view of libertarian economics as God's will.

Not long after the Conservatives were first elected, Mark Noll, a church historian and one of the most influential evangelicals in the U.S., said he thought many Canadians would be upset to learn about the conservative beliefs of the Christian and Missionary Alliance. "They certainly are far less tolerant than, say, the United Church of Canada." But the Conservatives' image has not suffered much, if at all, from the affiliation.

Since Mr. Harper never speaks about his religious beliefs, much of what's said about them is speculation. Just because he is an evangelical does not necessarily mean he holds to all evangelical teachings or even most of them – just as being Catholic does not necessarily mean one believes a communion wafer is literally the body of Christ. As for intolerant views, there are many religious denominations guilty of the same.

That said, given evangelicals' strong ties to politics, the subject should not be left unexamined. The Prime Minister is under no obligation to tell anyone about his religious convictions. But if his government's policy-making in important areas like the environment is being motivated by religious faith at the expense of reason, it is cause for debate.

Editor's Note: The original newspaper version and an earlier online version of this column contained incorrect information about the Christian and Missionary Alliance's position on the free market, science and environmentalism. This online version has been corrected.

Opinion
The collapse of the liberal church
July 28, 2012 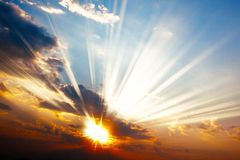