Jonathan Fowler teaches in the Anthropology Department at Saint Mary's University in Halifax.

The recent removal of a statue of Edward Cornwallis, the founder of Halifax who placed a bounty on the heads of the region's Indigenous people, is nothing particularly unusual. Societies often fall out of love with their statues. At the same time, citizens are right to take an interest in how their symbolic furniture is rearranged, for these changes generally signify deeper political movements.

Sometimes, these movements accompany seismic upheavals that are brutally apparent at the surface. Whole brigades of bronze monarchs were de-horsed during the French Revolution, while the iconoclasm of the Protestant Reformation defaced and dismembered stone saints by the score. There is something in a statue that can get people's blood up.

But they do not always go down this way. When Hungary emerged from Soviet domination in the early 1990s, it found its public spaces cluttered with Communist statues and socialist realist art that was no longer de rigueur. Reformers in Budapest's municipal government took a creative tack and established a park outside the city for newly homeless statues.

Entering through a near-deserted gateway, I witnessed the surreal result in 1995. An old record player scratched a distant-sounding socialist work song. Beyond stood the relics of a vanished political order: a block-headed Marx here; a massive Red Army soldier there; over there a great preaching Lenin, gesturing to nobody, while in the distance a colossal worker strode confidently toward a future that never arrived.

These examples and others like them prove that monuments often stand for more than just artistic expression. Viewed from the perspective of critical heritage studies, they can be recognized as part of the communication technology societies employ to reinforce allegiances, articulate civic virtues and promote favoured historical narratives.

A robust heritage apparatus is a mainstay of autocracy, but even in democracies, it can serve the powerful. Don't believe me? Then you might ask why, of all the statues raised in storied Halifax, the first monument to women appeared only in 2017. For its part, our bronze Cornwallis is nothing if not masculine, standing arms akimbo (manspreading), sword at side, an aquiline nose and a chest full of buttons.

None of which is accidental. Archibald MacMechan, whose efforts to memorialize Cornwallis contributed to the raising of the statue in 1931, celebrated in a 1927 essay "the sterling manhood of the first [sic] governor," who faced down "mutinous Acadians," "wild Indians" and "triumphantly brought order out of chaos, and left a city where he found a houseless forest." The essay's opening line proclaims his nationalist motives: "Men of English blood all the world over are accustomed to feel and give voice to a just pride in the achievements of their race, as a colonizing power, wherever ship could sail."

MacMechan's career includes much to be admired (after all, he mentored such luminaries as Lucy Maud Montgomery, Ernest Buckler, Hugh MacLennan and Helen Creighton), but this hagiography and its fruits have long passed their shelf life.

Some of the Cornwallis statue's protectors argue that removing it somehow diminishes or contorts our history, but in reality the opposite is true. Advances in historical understanding have made the continued public celebration of Cornwallis problematic. And as Atlantic Canadian historian John Reid's scholarship has revealed, the Cornwallis statue was never really about elucidating the historical Cornwallis anyway. Rather, it was a product of nationalist sentiment and corporate branding, a nostalgic burp from a recumbent British Empire, cynically repurposed to fuel local business.

Canadian National Railways, which had recently opened its Hollis Street station and hotel in 1930 (the current Via Rail station and Westin Nova Scotian), seized on the Cornwallis statue project as a marketing scheme to exoticize Halifax. U.S. travellers had been tickled by Nova Scotia's old-world charm ever since Frederic Cozzens published his Acadia, or A Month with the Blue Noses in 1859, and the railwaymen saw this new bronze ornament as a sound investment. They paid for most of it.

If you expose its linguistic roots, "history" literally means "inquiry." Successful inquiry demands that we look carefully, weigh evidence and evaluate contrasting interpretations. Statues do none of these things because they are manifestations of heritage and not history. At best, they are crude proxies of our history, and at worst they are propagandists for special interests. They bestow honour, they commemorate and they declare, but they don't evolve. History does, and so should we.

Opinion
Langevin, Ryerson, Cornwallis: Is our past unfit for the present?
July 17, 2017
Opinion
Who we choose to remember – and who we let history forget – defines us Subscriber content
January 30, 2018

Opinion
The barriers of nativism and fear: Let’s rethink the walls that divide us
November 12, 2017 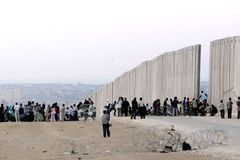