In November, the Yukon Liquor Corporation began affixing bright-yellow labels on all bottles and cans of alcoholic drinks that read as follows:

"The Chief Medical Officer of Health advises: Alcohol can cause cancer, including breast and colon cancers. To reduce health risks, drink no more than 2 standard drinks a day for women (3 for men); plan two or more non-drinking days each week."

Just before Christmas, the labelling initiative stopped abruptly after threats from the alcohol industry.

Patch Groenewegen, a spokesperson for Yukon Liquor Corp., told the Whitehorse Daily Star that industry had a "large range of concerns," including questioning whether the territory had the legislative authority to undertake the public-health measure, a concern the labels could block other product information and a belief the stickers infringed on trademark protections.

The liquor authority caved quickly because it feared legal action for defamation and trademark infringement.

Alcohol misuse kills more than 5,000 Canadians annually. The research that shows alcohol increases the risk of a number of cancers, including breast and colon cancer, is solid. Excessive drinking can cause a wide range of other chronic health problems, such as cirrhosis of the liver. Impaired driving is the leading cause of criminal death in Canada.

There is nothing remotely defamatory in saying so.

The claim that placing health warnings on products that pose a risk to the public is somehow a trademark infringement is complete poppycock.

The labelling requirements for alcoholic beverages – regulations that are enforced by the Canadian Food Inspection Agency – are already dozens of pages long.

Those rules allow for health warnings. The Yukon was one of the first jurisdictions in the world to affix warning labels on liquor. Since 1991, this message has been on all bottles: "Warning: Drinking alcohol during pregnancy can cause birth defects."

If anything, public-health officials have been remiss in not labelling alcohol drinks with graphic health warnings the way that is done with cigarettes.

In France, for example, there is a mandatory warning (or pictogram) on alcoholic products: A silhouette of a pregnant woman holding a glass with the universal red slash mark, meaning "no," across her bulging belly.

The only obvious problem with the Yukon labels that warn of cancer risks is that they have replaced the warnings about drinking during pregnancy.

There's good evidence that graphic warnings on cigarettes reduce smoking. There is mixed evidence on whether more discreet warnings on alcoholic products have an impact.

The Yukon labelling is part of a research study designed to help answer that question. This aspect of the Northern Territories Alcohol Study was comparing consumer behaviours in two large liquor stores, one in Whitehorse, where labels were affixed to products, and another in Yellowknife, where there is no labelling.

The Yukon also has the highest rate of non-drinkers – 35 per cent, compared to 24 per cent across Canada. Those dichotomous rates of abstinence and misuse reflect the complex place of alcohol in our lives, nowhere more so than in the North, where alcohol is intimately entwined with trauma and societal disruption among Indigenous peoples.

There is no jurisdiction that has put more effort into dealing with the harms of alcohol than the Yukon. The territory's Chief Medical Officer, Dr. Brendan Hanley, is passionate about the issue, and it's shameful that the Yukon Liquor Corp. has undermined his efforts by kowtowing to the liquor lobby.

What the alcohol industry really fears is that other provinces and territories will follow suit on the labelling initiative, and start taking the harms of alcohol more seriously.

One can only hope.

Research published earlier this year in the Journal of Substance Use and Misuse found that provincial liquor boards put far more effort (and money) into marketing than they do into health messaging.

That is a perversity in a country where alcohol misuse costs the economy $14.6-billion annually in lost productivity, direct health costs and enforcement.

Bring on the bright-yellow stickers – and with them, recognition that, while alcohol can be used responsibly, it is a serious public-health issue. 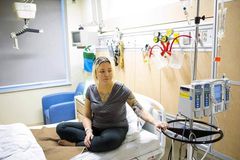 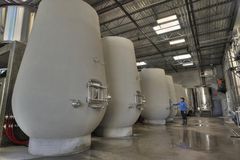 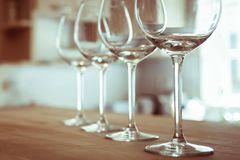