Sergeant Janick Gilbert was in the frigid waters of Fury and Hecla Strait, north of the Arctic Circle, for five hours before a CH-149 Cormorant search-and-rescue helicopter arrived. The search-and-rescue technician had parachuted from a CC-130 Hercules airplane in attempt to reach two Inuit hunters whose small boat had become lodged in sea ice. But winds had blown him off course, his survival suit had malfunctioned and he desperately needed to be winched to safety.

The Cormorant that eventually arrived was based 2,700 km away in Gander, Newfoundland. Originally dispatched to retrieve the hunters, its flight north took 13 hours. By the time it arrived, Sgt. Gilbert had succumbed to hypothermia. His tragic death in 2011 is a reflection of Canada's outdated search-and-rescue system.

The parachuting model of search and rescue dates back to the Second World War, when the rapid extraction of accident victims was rarely an option. Instead, the priority was to provide lifesaving support on scene.

This model has since been rendered obsolete by the development of fast, long-range helicopters, able to winch victims to safety as soon as they arrive. First responders remain connected with the aircraft through its hoist cable, so they too can be extracted quickly.

The U.S. Coast Guard, which provides search and rescue along the coasts of the contiguous United States as well as Alaska, Hawaii, Puerto Rico and Guam, deploys rescue swimmers from long-range helicopters rather than by parachute from planes.

Britain's Royal Air Force's Search and Rescue Force is equipped solely with helicopters. Denmark also uses helicopters for deploying first responders, including in and around Greenland.

The Americans, British and Danes still use planes to locate accident victims because of their speed, range and fuel efficiency. Without the need to support parachuting, the planes can be commercial models, which are less expensive to acquire, operate and sustain than purpose-built military planes.

In the case of an accident in Canada's Arctic, however, a plane flies up from southern Canada, locates victims and deploys search-and-rescue technicians by parachute. They must then all wait for a helicopter, also from southern Canada, to arrive. It is an unnecessarily risky approach for a wealthy and advanced country.

Nevertheless, defence officials are about to recommit Canada to the parachuting model. They have initiated a tendering process to replace the half-century-old Hercules and Buffalo planes currently used for search and rescue, with new planes that also have rear ramps for parachuting.

The acquisition budget for the 15 to 20 planes is $1.55-billion – the high price mostly due to the rear ramp requirement, which restricts the choices to purpose-built military aircraft.

But if the parachuting model were dropped, commercial planes could conduct the search role at a fraction of the price. Switching to commercial planes would also have the advantage of opening the procurement to Canadian-made aircraft such as Bombardier's fast, long-range Q400.

Defence officials understand the need for more long-range helicopters. There are currently only 14 Cormorants in the fleet, which has forced slower, shorter-range Griffon helicopters into the helicopter role in the Trenton Search and Rescue Region, which includes Ontario, Manitoba, Saskatchewan, Alberta, the Northwest Territories and most of Quebec and Nunavut.

In 2008, officials created a Tiger Team to find a solution to the insufficient number of long-range helicopters. The team determined that 18 Cormorants were required to provide search and rescue across Canada. But when asked about this finding, a spokesperson responded that there were no plans to purchase additional aircraft.

When buying the VH-71s, Canadian officials provided their U.S. counterparts with written assurance that their intention was "not to procure flyable assets," but rather to obtain aircraft to cannibalize for spare parts. The assurance enabled the Americans to bypass much of the paperwork involved in selling equipment for operational use.

Despite the written assurance, Canada's officials are now proposing to make the VH-71s operational after all, as replacements for the Cormorants as they are rotated out of service for midlife refits.

Even if using the VH-71s is legally and ethically acceptable, doing so will not provide enough long-range helicopters to fully transition from the parachuting model. What is needed are 10 to 15 new Cormorants, including at bases in Trenton and the Arctic.

Defence officials might claim that new helicopters cost too much. But at $25-million each, 10 to 15 Cormorants would cost less than half the $1.55-billion allocated for purpose-built military planes. This leaves more than enough for a fleet of commercial planes to fulfill the search function.

It is time to follow the lead of the United States, Britain and Denmark and abandon the parachuting model. Every Canadian search-and-rescue technician deserves what Sgt. Gilbert so desperately needed: a long-range helicopter overhead at all times. 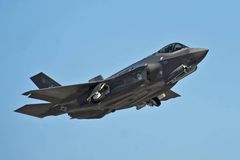