ELIZABETH McISAAC and SUKANYA PILLAY
Contributed to The Globe and Mail
Published May 11, 2016 Updated May 16, 2018

Elizabeth McIsaac is president of Maytree. Sukanya Pillay is executive director and general counsel of the Canadian Civil Liberties Association.

In late April, the Canadian Human Rights Tribunal issued an updated order to the federal government calling on it to comply with its decision in the discrimination case brought by the First Nations Child and Family Caring Society. Some critics, including the editorial board of this newspaper, criticized the role of the tribunal, calling it "judicial overstretch" to make an order to address discrimination that necessarily touches on the government's budget allocation, breaking from democratic conventions that give say on spending to the House of Commons.

That criticism is not only inaccurate, it distracts from a deeper risk to the health of our democracy: the all-too-common practice of flouting the rule of law by ignoring our domestic and international human-rights legal obligations when they become inconvenient.

Here are the facts of the case: The First Nations Child and Family Caring Society brought a complaint of discrimination on behalf of First Nations children and families, showing that they received treatment and services far below the standards of those provided to other Canadian children and families. The tribunal found overwhelming evidence to support this claim, and ordered the federal department responsible, Indigenous and Northern Affairs Canada, to take the necessary steps to end the discrimination.

The discrimination at issue had resulted in practices – driven by budgetary incentives – that saw First Nations disproportionately removed from their homes and communities, and undermined efforts aimed at prevention of such removals and timely family reunification.

The tribunal's original and updated orders called for the government to act immediately where possible, and expressed concern about inaction on those remedies that could be accomplished without delay. It did not attempt to weigh in on the 2016 federal budget, and it certainly did not put the federal government under "third-party management."

In fact, the federal government not only chose not to appeal the original decision, it welcomed it. The tribunal's updated order is about continuing to hold the government to account for its legal obligations and political commitments. It simply pointed to a lack of timely action to remedy egregious discrimination with devastating consequences, and ordered the federal government to report on how it would fulfill the tribunal's initial decision.

There is nothing sinister about this function. It was not the tribunal that created the law prohibiting discrimination; this legal obligation existed in the Canadian Human Rights Act. The tribunal's original decision simply ruled that in discriminating against First Nations children, the federal government was not fulfilling its responsibilities to uphold human-rights obligations under laws passed duly by Parliament. The only "interference" with the budget is the insistence that its allocation not be discriminatory. This in no way interferes with the role of government in setting budgets or the Commons in approving them.

The real risk to our centuries of democratic conventions would come not from fulfilling the tribunal's order, but from ignoring it. Respecting the rule of law demands that governments act in accordance with the law, not with their own policy preferences. The Canadian Human Rights Act is the law of the land, and the federal government is not appealing the finding that First Nations children and families are being discriminated against according to that law.

While it was not the subject of this case, Canada has also made various commitments in international law – particularly the International Covenant on Economic, Social, and Cultural Rights – that create legal obligations that were not respected in the federal government's approach to child welfare for First Nations children.

Giving equal treatment to First Nations children is not only the right thing to do, it is a legal obligation to protect the rights of those children like all children in Canada. These rights should not be subject to the whims of the government of the day. By not following the order, we would diminish the rights enshrined by Parliament. We should be looking to enhance and expand our protections to fulfill the legal obligations that we have already made. 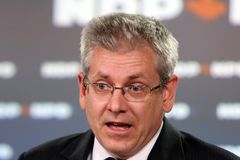 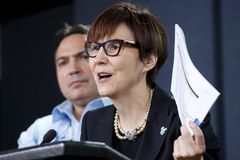