Michael Arntfield is a Canadian professor, criminologist and former detective. He is currently the visiting scholar at Vanderbilt University in Nashville.

Over the past week, I, like most people I know, found the spare time I don't have completely usurped by binge watching and then later fact-checking, researching and vigorously debating the new Netflix docu-series Making a Murderer. The details are labyrinthine and utterly unbelievable.

Regardless of which side viewers find themselves on, whether Steve Avery committed a horrendous crime (the second time around) or Manitowoc County made him a patsy – or perhaps something in between – the series has struck a collective nerve and hit the reset button on even the most moderate of viewers' perspectives of the criminal justice system.

Worried Canadians have been earnestly asking me if this scenario might realistically play out in Canada as depicted in the series. Are there Steve Averys in Canadian prisons, maintaining their innocence in a horrific crime, with substantial proof of police evidence tampering?

The short answer is probably not – not any more.

The truth is, for me, Steve Avery – though likely not his summarily railroaded nephew – was probably involved in the murder of Teresa Halbach. The evidence not shown in the series pointing to his culpability is actually quite compelling.

But what is shown is also compelling; specifically, the methods used – and just as importantly not used – by county and state investigators to reverse-engineer the case to suit their preferred narrative.

This investigative "tunnel vision" as it is known is well-documented in Canada. Over the years, the courts have taken steps, whether through the establishment of binding case law or through official recommendations arising as a result of formal judicial inquiries, to protect the integrity of criminal investigations and Canadian citizens alike from some of the same methods dolled out fast and loose and with court-sanctioned impunity in the Avery case.

These are standards intended to protect investigators from themselves – safeguards that don't seem to exist in some parts of Wisconsin.

The cases of the wrongfully convicted, and whose lives have served as the footings upon which this current Canadian paradigm of adequacy standards has been built – names like Truscott, Milgaard, Sophonow, Morin and more – are supplemented by some lesser-known instances of courts taking issue with some of the dubious methods depicted in the series.

For instance, the Reid Technique – a nine-step gimmick still held up as the gold standard of interrogation by many police services, and the one applied so prescriptively to Brendan Dassey to elicit the hot mess of fluctuating details deemed a "confession" in the series – has been credited with a number of false confessions in Canada.

Using terms like "repugnant" and "brainwashing," judges in Manitoba and Alberta have outright rejected confessions gleaned in the same fashion used by state investigators in the series. The technique most recently came under fire after being exposed by a CBC investigation as leading to not one but three false confessions in a Saskatchewan murder case going back to 1996 where all three confessors, including a 17-year-old, were later exonerated by DNA. In Britain, use of the technique by police is prohibited by law.

Consider also the case of Thomas Sophonow, the man wrongfully convicted of the 1981 murder of a Winnipeg doughnut-shop attendant. It is a lesser-known case that led to an inquiry that since 2001 has engendered significant overhauls in how photographic arrays (the photographic version of suspect lineups) are shown to victims and witnesses across Canada.

These rules would prevent the tragic circumstances that led to the composite drawing/mugshot mashup that helped get Mr. Avery convicted of sexual assault and locked up for nearly two decades – a sequence of events that no doubt made Mr. Avery who he is today, whether it be a murderer, an easy mark, or both.

Many of the other key tent poles of the case built by the state against Mr. Avery and Mr. Dassey, whether shown or not shown in the series – jailhouse snitches, missing field notes, omissions in crime scene registries, et al. – have also all been looked at with a jaundiced eye by Canadian courts and have led to a general culture of understanding among police about how to run major investigations.

The Canadian criminal justice system, for its own problems, has a comparatively and actually quite admirably unified and standardized approach to the litigation and adjudication of criminal cases that translates into a set of standards, expectations and rules of engagement among criminal investigators that is relatively consistent across the country.

This helps ensure that there are comparatively minimal differences in investigative training, theory and practice from jurisdiction to jurisdiction in Canada versus the United States, where state lines still prevail in determining what is legal, illegal and reasonable.

That applies, in this country, to both citizens and, as Making a Murderer suggests, the police themselves. 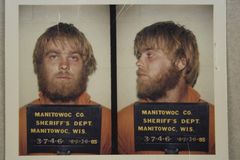 Subject of 'Making a Murderer' says authorities used illegal warrant, juror was out to get him
January 12, 2016