We need to speak frankly about the Charter of Quebec Values.

We really do not think Quebec's hard-won laïcité is threatened by civil servants wearing religious symbols to work. In Quebec, home to one of our founding nations, we see a strong and vibrant society, confident in its francophone heritage but unafraid of people who may seem different – rather, embracing them for the richness they can add to an already abundant mosaic.

We believe in a secular society, too. But we don't see secularism as a rigid ideology, imposing shackles of the type from which Quebec liberated itself during the Quiet Revolution. We believe in secularism that is inclusive and respectful of all.

We, too, are ardent defenders of gender equity and women's rights, yet we don't see the hijab as a threat. We recognize that independent women can choose to don the garment.

We are deeply concerned that banning the hijab, kippa and turban from the civil service will play to social divisions, minority marginalization and racial tensions. (Acts of vandalism and violence have already been reported.) We are worried that the charter will play on people's irrational fears and prejudices – 69 per cent of Quebeckers hold an unfavourable opinion of Islam, according to an Angus Reid poll released in early October.

Most of all, we are worried about Quebec itself, and the critical economic and social role it plays in our society. Thousands of professionals, entrepreneurs and investors immigrate to Quebec every year from Muslim societies. This human capital is necessary to the province's economic development, growth and future prosperity. They mustn't be scared away by perceptions of intolerance and exclusion – the whole world is talking about this charter.

Quebec is holding true to its traditionally vibrant discourse, but the debate on this topic is fierce enough to have dispelled the notion of the charter as a unifying force. It must be obvious by now that it's not.

Witness Maria Mourani, an MP of Christian Lebanese heritage, describing the charter as nothing more than an "electoral strategy," and her expulsion from the Bloc Québécois caucus as "the conclusion of a succession of events in which an election-driven strategy took precedence over the defence of basic human rights."

Consider those challenging the charter on the facts, such as Julie Miville-Dechêne, president of Quebec's Council for the Status of Women. "Not one study exists," she said. "We don't even know, above all, how many public employees wear a veil and we don't know what these women would do if confronted with the obligation to get rid of their veils."

Look at the protestations of human-rights organizations. Jacques Frémont, president of the province's human-rights commission, said "the government's proposals are cause for serious concern" and described the values charter as a "complete break" with individual and religious rights long guaranteed in Quebec. Béatrice Vaugrante, director-general of the francophone wing of the Canadian branch of Amnesty International, said "women must not be forced to wear a scarf or a veil … But it is no more acceptable for a law to prevent them from wearing such garb."

We hope charter supporters have been as attentive to the domestic and national debates as we have been heartened by the outcry heard from all corners of the land.

We ask that they take a step back and consider the substantial quarters where opposition to the charter is coming from. We appeal to them to consider the tension caused to Quebec's social harmony and the damage done to its reputation. To contemplate the economic risks involved in proceeding with a plan widely perceived to be divisive and potentially repressive. And to consider how unbecoming it is for Quebec to go against its long-cherished values. S'il vous plaît.

Raja G. Khouri is president of the Canadian Arab Institute, which is holding its inaugural gala at the Royal Ontario Museum in Toronto Wednesday night. 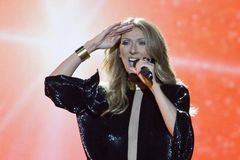