Quebec Health Minister Gaétan Barrette was likely right when he observed that "Canada will not be spared this [right-to-die] debate. At some point, they will have to face it. But I believe that support for an initiative like this one will not be uniform across the country."

In fact, Canada has faced the question of doctor-assisted death before, and politically and legally decided against it. But Dr. Barrette is correct that the rest of the country will not be spared another debate. Indeed, it's already upon us.

Quebec led the debate by passing comprehensive end-of-life legislation. It did so after a long and serious discussion that began under the previous Parti Québécois government. A parliamentary committee studied the question at length, legislation was proposed, amendments were offered. After the Liberals took office, led by neurosurgeon Philippe Couillard, more amendments were offered, more debate took place and finally, after a free vote, the legislation passed with a nearly 80-per-cent majority.

Canada can debate the issue through a government initiative, but that will not happen while Stephen Harper's Conservatives govern, because the party is completely satisfied with the current law, which prohibits doctor-assisted death.

Even if one of the two private-member bills recommending overturning that offence are debated, the government majority will be instructed to kill them. That would be too bad for the bills' sponsor, Conservative MP Steven Fletcher, but that's the way things go when a government takes an entrenched position.

So, it will be for the Supreme Court to decide. It has done so once, in 1993, when it turned down Sue Rodriguez's plea for the right to die with the assistance of physicians. Now, it confronts another appeal in a case from British Columbia. There are new judges on the court now, but will they overturn the court's previous ruling that charter rights are not violated by the criminal-law prohibition of doctor-assisted death?

Who knows how the court will rule this time. It's possible – this is speculation – that the court would strike down the existing law but give Parliament a long time to write something new, thereby punting the matter to the political court, where it should be.

Whatever they're worth, polls now show that a majority of Canadians do not think those who assist a terminally ill person to die should be criminally charged. However, since 1991, nine parliamentary efforts to change the law have failed.

Meanwhile, several U.S. states have adopted physician-assisted suicide policies, beginning with Oregon's Death with Dignity Act, enacted in 1997. Of perhaps some significance for Canada, courts in other states – Georgia, Minnesota, Arizona and Connecticut – have decided that the matter is best left for the legislatures, which is perhaps what the Canadian Supreme Court might eventually say, directly or indirectly.

The Benelux countries and Switzerland have all passed legislation containing variations on the conditions in Quebec's legislation, including that patients would need to be suffering from an incurable illness, be in constant and unbearable pain, and that the request for death be taken note of by a physician and approved by a hospital's medical team. Lest anyone think such legislation leads to a surge of assisted-suicide deaths: In the Netherlands, less than 0.2 per cent of all deaths occur in this fashion.

The federal Liberals passed a resolution at their policy convention in February in favour of decriminalizing physician-assisted death. Policy resolutions don't all wind up in the party's electoral platform, but if Liberal Leader Justin Trudeau were a prudent reformer, he would at the very least favour a parliamentary committee to examine the issue, as was done in Quebec. He could go one step further and commit his party to changing the law, subject to extensive consultation about how.

Quebec was wise to make the legislative vote a free one. This issue, now at the margins of politics, knows no partisan boundaries. In Quebec and across Canada, physicians are conflicted about the practice of assisting in death. In Quebec, 22 MNAs, including 10 cabinet ministers, voted against the law that the majority favoured. The debate was prolonged and serious, and eventually garnered support across the spectrum. It was a model for what should happen federally. 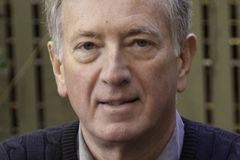