The late Rob Ford was very different from Donald Trump, and ultimately much more endearing.

He may never have seen a gravy train that he liked or a subway train that he didn't, but mercifully his ambitions extended no further. He repaid the loyalty of his constituency in tangible ways.

By contrast, Mr. Trump has never fixed a pothole or fretted over public transit. His signature policy proposals are fantasies.

Yet, despite these differences, they have attracted their followings for many of the same reasons, and it is these common elements that we will address with the help of a much older observer, the philosopher Plato, who analyzes democracy in his Republic (ca. 380 BC?).

The most obvious card common to Mr. Ford and Mr. Trump is of course their outrageousness. Both were bad boys, the bullies that launched a thousand op-eds. Pundits have tended to ascribe their successes to exceptional political circumstances.

By now the litany is familiar to all: intense popular disaffection with the status quo; attendant anger toward incumbent elites; and inflamed tensions of race, class and gender. No doubt each of these has played a role.

Yet Plato identified lack of restraint as inherently attractive to democratic publics.

You needn't go far to confirm that Mr. Ford and Mr. Trump have succeeded more because of their excesses than in spite of them. What have their supporters loved about them? "He's a truth-teller." "He says what's on his mind." "He doesn't hold back."

In 1964, presidential candidate Barry Goldwater astonished Americans by declaring that extremism in the defence of liberty was no vice and moderation in the pursuit of liberty no virtue.

Mr. Ford and Mr. Trump have gone much further. Their words, their deeds, their very lives (in the case of Mr. Trump, his very suntan) have positively screamed excess. As Mr. Trump will be the first to tell you, everything about him is "yuuge."

Both men have lived much too large and yet their fans have loved them for it.

Enter Plato and his acerbic account of the passions roiling democratic publics. He wasn't a foe of democracy – he was persuaded that Athens could do no better than to persist in it – but neither did he ignore its vices. His Socrates observes that in their zeal for freedom, democracies stigmatize all restraint as slavish.

This aversion pervades every aspect of life, public as well as private. It will eventually challenge every inherited social hierarchy (whether of class, age, gender or – Socrates insists – even species). It threatens the rule of law as it does the authority of other conventions.

Of course democracies must have laws, but even so the citizens bristle at them as they would at any master. They harbour a secret admiration for those who thumb their noses at the law.

They're especially indulgent of lawlessness in the service of the people itself, whether practised by "Dirty" Harry Callahan or promised by Mr. Trump.

Add that the dual democratic principles of freedom and equality support the slogan "anything goes." If individuals are to live as freely as possible, and all life choices are held to be equal, it isn't so much what you do that impresses as that you have the guts to persist in it come what may.

Mr. Ford and Mr. Trump's respective successes confirm these Platonic observations. Both have behaved outrageously and therefore, as their followers see it, authentically.

They have been deemed all the more trustworthy because they have held nothing back and indicated they would stop at nothing. They have evoked not only loyalty but a magical faith that complex problems would melt before their all-conquering bravado.

Plato worried about these tendencies in the Athenian democracy of his day and we should worry about them in ours. They favour demagoguery and an obvious coarsening of political life.

For now, countervailing tendencies restrain such leaders from achieving dangerous levels of power. On their way down as on their way up, however, they will continue to unsettle.

Lindsay Mahon Rathnam is a 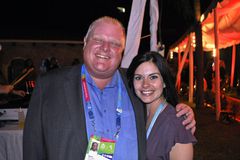 Opinion
We should have shown more compassion for Rob Ford – while he was alive
March 28, 2016 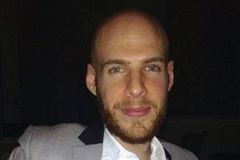 Opinion
If Trump wins, I’ll eat this column
March 18, 2016
Follow us on Twitter @globedebate Opens in a new window
Report an error
Due to technical reasons, we have temporarily removed commenting from our articles. We hope to have this fixed soon. Thank you for your patience. If you are looking to give feedback on our new site, please send it along to feedback@globeandmail.com. If you want to write a letter to the editor, please forward to letters@globeandmail.com.
Comments