Two esteemed observers of U.S. politics will provide live assessments of the four presidential and vice-presidential debates for the Globe and Mail. The author, Pulitzer Prize-winning columnist David Shribman, writes for the Pittsburgh Post-Gazette, where he is executive editor. Journalist and speechwriter John O'Sullivan is a writer and editor-at-large of the conservative magazine the National Review.

Over the years, American vice-presidential debates have provided fiery confrontations, comic moments, and memorable theatre. None has substantially changed the political calculus. Thursday night's faceoff at tiny Centre College in tucked-away Danville, Ky., provided everything – and very likely changed nothing.

To the fabled repertoire of these match ups – Bob Dole's unfortunate 1976 declaration that America's war dead were the Democrats' fault, Lloyd Bentsen's exasperated 1988 comment that Dan Quayle was no Jack Kennedy – the two 2012 running mates added some enduring elements:

There was Joe Biden's uncontrollable giggles and guffaws. And there was Paul Ryan's relentless facts and figures.

To be sure, this demolition derby provided plenty of serious talk and a ton of tough talk, none of which will be remembered even 12 hours later. But there were two remarkable elements that will not soon be forgotten.

Vice-President Joseph R. Biden Jr. repeatedly seemed on the verge of breaking into convulsive laughter, often completely out of sync with the seriousness of the subject at hand. Until Thursday night, no one ever found the phrases "the ayatollah," "nuclear weapons" or "unemployment" reliable laugh lines.

Then again, Rep. Ryan seemed to look like a Midwestern teen in his Sunday best, complete with his older brother's shirt, fitted with a collar size at least two sizes too big. They both wore lapel flags – this has been a political statement as well as a fashion statement since the Richard Nixon years – but Mr. Ryan's flag pin looked bigger and shinier.

None of this will matter, of course. What mattered was last week's debate, which revived former Gov. Mitt Romney of Massachusetts from the political intensive-care unit and catapulted him into a virtual tie with President Barack Obama, himself in an apparent induced coma. And what may matter for the remainder of the campaign, which will run about the length of a Canadian national election, will be next week's debate on Long Island, when the president presumably will have been jarred awake and when his challenger will be challenged himself on his apparent move to the centre.

But back to the vice-presidential showdown. It can be said with confidence that both men performed to form.

Mr. Biden was informal, blunt and loquacious. ``Not a single thing he said is accurate," the vice-president said of Mr. Ryan's characterization of the Obama administration's response to last month's killing of the American ambassador in Libya. Mr. Biden, after all, is the unusual senator-turned-vice-president who has lived larger as the second-in-command than he did as a lawmaker, a feat never mastered by Harry Truman or Lyndon B. Johnson, both of whom moved to the White House after the death of a president.

For his part, Mr. Ryan was the master, or at least the master manipulator, of figures, and he scored a point or two by zinging Mr. Biden for the unemployment rate in the vice-president's Pennsylvania hometown. And he had a good line of his own, playing off Mr. Biden's celebrated gift of gaffe, saying, "I think the vice-president very well knows that sometimes the words don't come out your mouth the right way." Those remarks – about words slipping carelessly from the mouth – were spawned by Mr. Biden's reference to the contretemps over Mr. Romney's comment at a private function that 47 per cent of Americans are dependent upon government and believe they are entitled to health care and housing.

But the point is that Mr. Biden used the 47-point remark – an attack line that Democrats were astonished and disappointed that Mr. Obama failed to employ last week.

This debate was exhausting to watch, but in the end each candidate did what he had to do. Mr. Biden, the wily veteran and avowed aggressor, was an effective pugilist. Mr. Ryan, the younger and less experienced man, held his own.

But this was mid-level tournament tennis. There were volleys and rallies but neither broke his rival's serve. There were no aces, but then again neither man can be considered an ace. That role belongs to the presidential nominees. Set two, Tuesday night at 9 Eastern, 10:30 in Newfoundland and Labrador.

On the U.S. campaign trail with Canadian expats
October 12, 2012 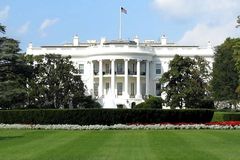 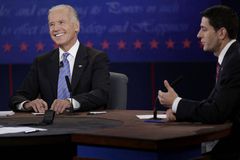 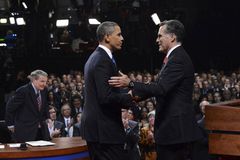 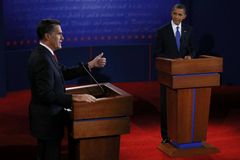 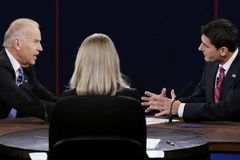 Recap: Analysis and play by play of the vice-presidential debate
October 11, 2012
Follow David Shribman on Twitter @shribmanpg
Report an error Editorial code of conduct
Due to technical reasons, we have temporarily removed commenting from our articles. We hope to have this fixed soon. Thank you for your patience. If you are looking to give feedback on our new site, please send it along to feedback@globeandmail.com. If you want to write a letter to the editor, please forward to letters@globeandmail.com.
Comments