The boorish behaviour now so typical in Parliament has contributed greatly to Canadians' disenchantment with federal politics. It's not surprising that we're regularly asked what can be done to make the House of Commons more serious and relevant to our lives.

But it ought to be possible, even if it's not happening now, for Parliament to do what it's meant to do: to act as the country's main public forum of debate, reflecting the diversity of Canadians as indicated by the way they vote, and to do this with both passion and civility.

Some improvements, such as those suggested by MP Michael Chong and others, can certainly be made in parliamentary procedures, especially in Question Period. The Speaker, who should be stricter in enforcing existing rules, should also have new authority to cut off the adolescent game-playing that goes on. John Baird might not like it, and most of the media would probably privately describe such procedural changes as "boring," but high school teachers might no longer be ashamed to bring students to Question Period.

Real debates about substantive matters - war and peace, poverty and inequality, the continuing degradation of the environment - should rattle the chandeliers. But it is entirely possible to argue genuine differences of policy and values with conviction and passion while avoiding personal insult. As leaders, Pierre Trudeau, Bob Stanfield and I all had our faults. We often strongly disagreed, but we did it without personal invective or accusations of lying. Reason, passion and civility prevailed, grounded on the respect each had for the dignity of the other.

Yes, personalities matter. Yes, rule changes can make a difference. But much more is needed. Only structural change can ensure that Parliament can be more relevant. Only such change can both better reflect the nation's differing values and regions, while producing more civility, political co-operation and stable governments.

Consider that, in the past election, only 38 per cent of Canadians voted for the current government, while a substantial majority voted for parties now in opposition. As a consequence of our outdated voting system, the Conservative Party has many thousands of votes in our three largest cities, yet not a single MP from Vancouver, Toronto or Montreal. Likewise, Liberals have thousands of votes across the Prairies, but scarcely a representative. In Quebec, the federal parties regularly win more than 60 per cent of the votes, but the Bloc Québécois gets most of the seats. The NDP, with almost 20 per cent of the vote across Canada, normally has about half the seats it proportionately deserves. The Green Party, with almost a million votes, should be represented in the House, as it is in most of Europe.

How can Parliament be relevant when the electoral system itself effectively disenfranchises literally millions of Canadians, representing all parties and spread across all regions? Nowhere else could a party with less than 40 per cent support claim it has a "democratic mandate" to govern.

Like the vast majority of modern democracies, Canada will likely continue to have four or five credible political parties. Our electoral system needs to reflect this ideological and regional diversity. The political parties in the House of Commons themselves need to reflect the plurality of Canadian voices. The upside will be increased civility: Experience in continental Europe has shown that politicians who know they'll have to co-operate with one another to form a government after an election are less likely to be wildly abusive about each other during a campaign. Instead, they campaign on their priorities and then negotiate to put in place stable agreements or coalitions that better reflect majoritarian opinion.

Achieving regional representation in all caucuses, making every vote actually matter, and increasing the incentive for all parties to give women candidates an equal place on their lists would also - as elsewhere - likely increase voter turnout and result in something resembling gender balance in the House of Commons.

The great virtue of a system like ours is that it can combine political conviction with civility. But to really make that work, and to enhance the relevance of Parliament to Canadians, requires long overdue electoral reform.

Ed Broadbent is a former leader of the federal New Democratic Party. This is adapted from remarks he made yesterday at The Public Policy Forum's Question Question Period event in Ottawa. 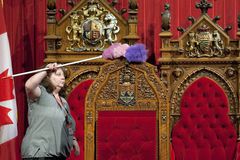 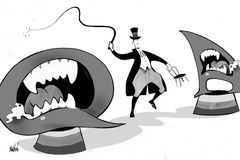 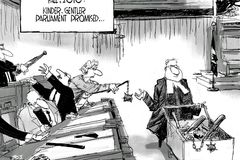