"Come and see our sanctuary," he said proudly. We had just finished stacking tables after a long day discussing the value of public grasslands and how to protect them from privatization.

Surrendering part of his Saturday, he seemed happy to have us there meeting in his church. With its splendid kitchen, a gymnasium (baton twirlers today), and a new gender-neutral bathroom, Lakeview United Church enclosed our group of 50 citizens like a stalwart ship in stormy seas.

As I helped lead the meeting, though, my mind would drift downtown, where I knew another group was gathering to demonstrate against new budget cuts announced this week. They would be in front of the library, the place where, as writer in residence, I take sanctuary, along with so many others, from the forces that are tearing apart this province.

After the budget was released, Education Minister Don Morgan said the government "should be getting out of bricks and mortar libraries" and that a "library may not be a place that should be used as a sanctuary."

He said other things, appalling for a minister in charge of education, but I was distracted by the disdain and prejudice behind his reference to sanctuary. In libraries across Canada, there has been a transformation underway more or less hidden to those of us with privilege and power. If you do all of your reading online or for other reasons do not go to libraries, you are missing the world I see outside my office door every week.

The elevator, bathrooms, meeting rooms, and drinking fountain there form a nexus of facilities and community connection serving a steady flow of people seeking information, support and services they can find nowhere else: Syrian refugees and other newcomers passing by with documents in their hands, young Indigenous moms heading for computer terminals to apply for jobs, seniors coming back from the Prairie History Room where they researched family origins, and always the evening programs and community groups gathering here and there in the building.

I watch Reg, the janitor come and go, or the security staff, the ones who make sure everyone is okay and the building is clean and functioning. They are the genial conveners of all this civil activity, but it starts with the people hidden in basement offices where program staff develop, promote, and monitor the delivery of everything from writing groups for the visually impaired to literacy and ESL tutoring to breast cancer information sessions, to knitting clubs for seniors, career coaching, and free legal advice.

Heading for a coffee, I pass a group of people listening to a Lakota man talk about spiritual traditions and his life as a chef. Another night it was a professor of political science unpacking the mysteries of American electoral behaviour.

As writer in residence, I have clients, often new Canadians and Indigenous people, whose lives would shame the grittiest of Netflix dramas, and they are making sense of it all with narrative, and finding truth in their own brave voices. It is a beautiful thing and a privilege that has me too often holding back strong emotion.

And so when I hear someone from the heights of privilege, the man in charge of this province's education ministry, proclaim that we no longer need libraries, and that they should not be sanctuaries, other emotions take over. My heart rate rises to meet dark fantasies projected in the cinema of my hindbrain, but in a couple of breaths I remember my wife's caution for our angry toddlers: use your words.

A story: near the end of June, 2014, 10 inches of rain hit southeastern Saskatchewan's already soaked watersheds. Privatized, plowed, ditched and drained, the prairie has little natural cover left to capture water. A sudden rain event can turn sleepy prairie streams into flood torrents faster than an Arizona arroyo. That week, people from several affected communities fled their homes and made for the Carnduff library. Staff and volunteers cleared space for the evacuees, provided computer access for them to stay in touch with family, and used the food and funds for a scheduled BBQ fundraiser to feed people. The library stayed open extra hours and let the Red Cross set up a centre of operations.

Should libraries be sanctuaries? Anyone who thinks a library is merely a collection of books either missed the history of civilization or is actively engaged in dismantling it.

Like the rooms of the United Church where we gathered on a Saturday afternoon to protect our prairie, a library is a refuge of civil society, a place to meet when darkness is gathering all around, where we can remind ourselves of common values and the moral grounding that unites us as a humanity worth saving.

Opinion
Where have all the readers gone?
January 15, 2016 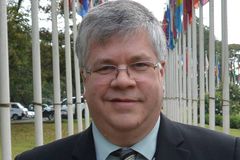 Opinion
We must all stand with Standing Rock
November 23, 2016 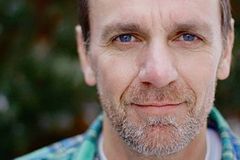