John Semley is a Toronto-based writer

In high school, I took part in a very well-meaning fundraiser called Homeless Awareness Night. Basically, a bunch of teenagers were sponsored to sleep outside of the school, all night. We built forts out of old refrigerator boxes, dressed in pilled trench coats from the local Salvation Army, and indulged in various clichés of Depression-era boxcar hoboism. I cooked a can of beans over an open trash-can fire, snickering, "the can seals in the flavour!"

The ostensible goal of this was to raise money – and, of course, awareness – to support homelessness and disenfranchisement. In effect, we were making a crude mockery of the issues. (In my defence, I was 14.)

Mortifying memories of this wild, goofball insensitivity, undertaken under the auspices of "helping" and "charity," recently came clamouring back. The occasion? A forthcoming fundraiser called "One Brave Night," sponsored by the Centre for Addiction and Mental Health in Toronto. Here, participants raise money/awareness by staying up all night on the evening of May 13, because, per the CAMH boilerplate, "People living with mental illness tell us nighttime is the hardest for them. It is in the darkness that they feel most alone and have the least amount of hope."

As someone who has his own fairly private – well, until now, I guess – struggles with mental health, I can vouch for this being true. Before being diagnosed as bipolar (by two CAMH diagnosticians), and summarily medicated, nighttime could be truly awful. I'd go days, sometimes a week-plus without anything like decent sleep.

Thoughts would ricochet around in my head in seemingly random, unpredictable trajectories, like a torqued-up, hyper-elastic Super Ball let loose in a cramped storage locker. I'd pace and toss and turn and curse and watch the same movie over and over and over.

I've spent the wee hours making pro/con charts weighing the option of taking my own life, as if it were the most matter-of-fact decision. I've had evenings where I'd actually fist-pump and cheer the breaking dawn. Because daylight brings the promise of being able to merge into the rhythm of the waking world, to lose myself in the slipstream of healthy-seeming people going about the workaday business of being alive.

All of this is to say that there's nothing fun or brave about staying up all night. The idea of turning the dread of mental illness-related insomnia into a fun game or challenge is callous.

And CAMH's suggestions of "Fun Ways To Stay Up" – board-game tournament! all-night karaoke! arts and crafts! online quizzes! – bear no relation to the lived experience of mental illness, any more than some 10th-grade chucklehead cooking beans over a fire in a Catholic school parking lot reflects the realities of homelessness.

The counterargument, I know, is that the means to the end are irrelevant. It's all about raising money, and awareness, for people who desperately need it. As far as money – which circulates without knowing any real ethic – it's hard to argue against this line.

After all, it's not like a dollar donated to CAMH knows that it was produced cynically or with the best intentions.

The matter of awareness is more complicated. Is it good or noble or helpful to raise awareness in a way that totally misrepresents the issue? Is the best way to address the lingering stigma around mental issues by sidestepping them? Or by confronting the issues head-on, by daring to depict them in all their harrowing, wide-eyed awfulness? Why should the act of charity comfort the charitable? What good is selflessness when it's self-promoting and, even more abhorrently, made to seem "fun"?

All meaningful questions to ponder as the night of May 13 drags on and on into the blackness: when the karaoke book has grown dog-eared and slim, the "Which Pokemon are you?" quizzes have been asked and answered, and the reprieve of a new day seems an eternity away. 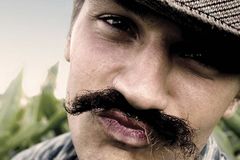