The Parti Québécois's defeat had barely been announced when the leadership race began for all to see.

Even before Pauline Marois had announced her resignation (after losing in her own riding while leading her party to its worst score in the popular vote in 41/2 decades of existence), three high-profile possible contenders, including media baron Pierre Karl Péladeau, preceded her to the podium of the hotel hall where stunned partisans were watching the electoral defeat unfold on giant television screens.

The performance was deemed "indecent" and "totally inappropriate" by the three veteran journalists who were guest commentators on Radio-Canada, but it was actually set up by the party itself, maybe in a last, desperate effort to show that it still has a future. But it was incongruous, on par with the many errors of judgment that marred the rest of the PQ campaign.

Not only was the scene disgraceful, it showed that the three men who might compete for Ms. Marois's succession are in total denial. None of them seemed to take into account the meaning of the defeat; they all intoned the usual sovereignty rhetoric as if nothing had happened and there was no need for introspection.

At the end of his speech, Mr. Drainville, the minister responsible for the infamous charter that would have deprived public-sector employees of religious rights, shouted: "On ne lâchera jamais! On veut un pays!" – "We'll never give up! We want a country!" It was a contradictory ending to a campaign in which the PQ spent the last three weeks avoiding referendum talk and in which the sovereignty project was swept under the rug, with PQ representatives such as Ms. Marois and Mr. Lisée vowing that there would be no referendum in the foreseeable future.

This is the kind of double talk that many Quebeckers rebelled against Monday. The PQ hides its cards when it is courting votes, then aggressively flaunts them when the road is safe. Voters didn't believe that a re-elected PQ would shelve the idea of a referendum. They knew sovereignty would be back on the front burner if the party had its majority.

In this sense, the landslide victory for the Quebec Liberal Party was more a rejection of the PQ and what it stands for than any particular love for the QLP, although Philippe Couillard, who was running his first campaign as Liberal Leader, did perform much better than expected. His calm and dignified demeanour inspired confidence and he made few blunders. The Liberal organization, as always a disciplined, well-oiled machine run by seasoned professionals, did the rest.

Many erstwhile Péquistes turned to the centre-right Coalition Avenir Quebec, which won a few PQ ridings while increasing its seats to 22 from 18. Considering the difficult days ahead for the PQ – the leadership race will be very nasty – it will likely be the CAQ that acts as the more effective opposition.

The left-wing Québec Solidaire, which had hoped to benefit from the PQ's hapless campaign, increased its vote share by a bit more than one point while gaining a third seat in eastern Montreal.

The final picture is of a Quebec solidly anchored to Canada, firmly encamped on the centre-right. 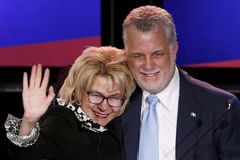 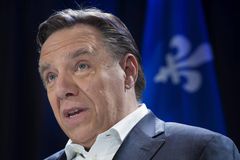