James Laxer is a professor of political science at York University. He has written widely on the subject of nationalism, Quebec nationalism in particular. His latest publication is: London: In a Time of Billionaires, Scottish Separatism, UKIP and anti-immigrant rage.)

When the Scots vote in their historic independence referendum next Thursday, Canadians, especially the Québécois, will be watching closely. Having held two sovereignty referenda, the Québécois may feel that they are the masters in such enterprises and that the Scots are their apprentices. In 1980, the Québécois voted No to sovereignty by a 60-40 margin, and in 1995, the No side prevailed by a mere one percentage point of the votes cast.

In fact, the Scots are not replicating the earlier exercises in Quebec. Dressed in national garb, the people of Scotland are voting in the world's first referendum on economic and political inequality.

Many Scots, indeed millions of people in other parts of the United Kingdom, would insist that the telescope ought to be turned around. It is London, they would argue, that effectively seceded from the U.K. during the Thatcher Revolution of the 1980s, leaving the rest of the country de-industrialized. Employment in shipbuilding, steel and other basic manufacturing sectors was decimated in Scotland during the Thatcher years. Once "the workshop of the world", Britain has become an enormous net importer of manufactured goods, leaving the financial sector to keep the country solvent.

Effectively, London is now a City State, whose wealthier residents often have very little to do with the rest of Britain. They work in the City, educate their children in London and the Home Counties, and play in the south of England or abroad. When I spent a month there in the spring, Londoners to whom I spoke wrote off the Scottish referendum with a yawn. "Most of my friends don't give a toss," one man who works in the City told me. The Scots ought to consider themselves fortunate to be linked to the great economic engine of London, according to many who dwell in the metropolis.

In his global mega bestseller, Capital in the Twenty-First Century, French economist Thomas Piketty traced the takeoff of the super-managers in Britain over the past two decades. These individuals, the top one-tenth of 1 per cent of income earners, take home about 16 per cent of the national income. There are 50,000 such people in the U.K. and they are heavily concentrated in London.

The influence of the super-managers, their families, and their associates on Westminster politics is enormous. This is true, not only in the present Conservative-Lib Dem governing coalition, but in the Labour Party as well. In Scotland, where the Conservatives have shrunk to the status of a fringe party, it is widely believed that when Tony Blair and Gordon Brown led a Labour government from 1997 to 2010, the essentials of the Thatcher approach to the British economy, privileging finance and the City, remained in place.

Scotland's First Minister Alex Salmond has asserted that Scottish independence would address the "damage caused by the vast social disparities which have seen the U.K. become one of the most unequal societies in the developed world."

The Scottish government's White Paper, Scotland's Future, published last autumn, presented a vision of a progressive country, similar in many ways to the Scandinavian countries. Among the policies it would advocate if elected as the government of an independent Scotland, the SNP pledges 30 hours of childcare a week during school terms for three and four-year-olds, as well as for vulnerable two-year-olds.

The Yes side aims to open Scotland to the wider world, ironically at the same time as England is considering whether to withdraw from the European Union and English politicians are competing to prove that they are more hostile to further immigration than their opponents.

With recent polls showing the Yes side taking a narrow lead, Scottish referendum day will be marked on calendars in many parts of the world, including Canada. Far beyond Scotland, people will be watching the Scots challenge how decisions are made about who wins and who loses in today's socio-economic order.

'Scotland needs to work on its feelings': 12 Scottish-Canadians on how they'd vote on independence
September 10, 2014
Opinion
Quebeckers have no interest in backing absolutists
August 23, 2014 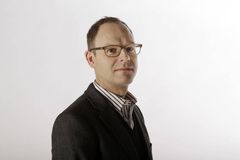 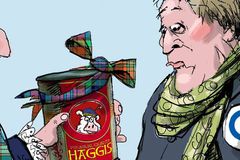 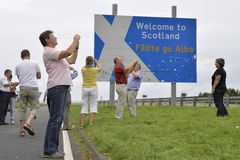 Forget Braveheart. Scottish referendum is all about the money
Subscriber content
September 2, 2014 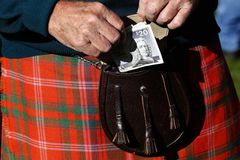 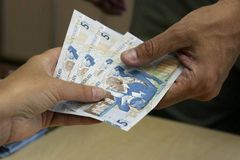