A week ago, the Quebec polling firm CROP asked people in that province for their views on the government's law regulating demonstrators.

By a narrow 51-49 margin, a majority said it approved of the law that has been described by its critics as the greatest assault on civil liberties since the War Measures Act.

When people were asked their opinion of the specific provisions of the act, to each provision a majority of more than 70 per cent said they agreed.

Confused? Conflicted? What were Quebeckers saying? Quite likely – and polls are always subject to interpretation – they were saying: We're tired of this whole student affair, we want the two sides to end it, but the government has to govern and if this is what it takes, get on with it.

What the poll did not show was support for the students' position or their pot-banging and trade-union supporters. Although the issue of a modest increase in student fees was long ago sidelined in the public debate, polls consistently showed steady majority support for the government's position and not that of the striking and demonstrating students.

The silent majority of Quebeckers were therefore both silent and in a majority against the students' position. And most Quebec students continued to attend classes. (Talks between the student leaders and the government broke down on Thursday.)

The poll illustrates the dangers of generalizing about "Quebec" or any other collective group. The media in the province focused on the street demonstrations, for they were colourful, "new" in the classic definition of out of the ordinary and were tailor-made for television. The student leaders were handsome and charismatic, much more presentable than the poor old politicians.

Much of the written press expressed outright or indirect support for the striking students. Yet despite this sympathetic coverage, the students never convinced more than a minority of Quebeckers of the correctness of their position. "Quebec" could not intelligently be generalized about, although day after day it was, especially outside the province.

The only generalization that might make some sense about Quebec these days, politically speaking, is that attitudes on many issues are conflicted. Of course, some voters are solidly anchored in certain political positions – secessionist/federalist, Parti Québécois/Liberal – but these seem fewer than before. A very large number of Quebeckers are searching, politically rootless, for something that is perhaps not clear even to themselves.

Secession remains a dream for some, but it has receded as impractical, unnecessary or at least something not for now. When the aging bullhorn of the movement, Jacques Parizeau, says the street demonstrations suggest something is bubbling under the surface for secession, he is kidding himself (again). Support for his Parti Québécois was hurt by the PQ's alliance with the students.

Premier Jean Charest's Liberals are tired, baffled by how to handle the protests, out of gas and led by someone now trying for his fourth term in the widely anticipated fall election. He lost his education minister and chief of staff in the dispute, having previously lost (for personal reasons) his deputy prime minister. The Liberals, like the PQ, hardly turn anybody on in the province except, one supposes, their most ardent supporters.

The new party, the Coalition pour l'avenir du Québec, was all the rage for a while, with its mixture of conservative and liberal policies and its promise to let debates about secession rest for a decade. The CAQ has now faded into third place, albeit a rather close third.

Only the federal NDP remains in good odour, but Thomas Mulcair and company are consigned to opposition. That a bunch of NDP MPs got mixed up supporting the student protest, however, sends an important and sobering signal outside of Quebec where this party's heart lies. A party seriously preparing to govern would never have aligned itself with the students.

Where the political heart of "Quebec" lies, apart from with itself, is unknown in a period of volatility, turbulence and disappointment. 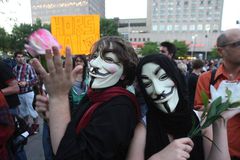 How casseroles overcame cudgels on the streets of Montreal
May 30, 2012 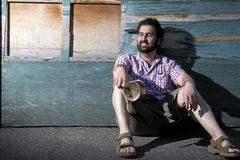 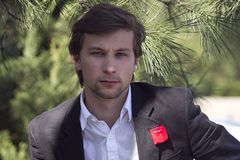 Legal challenge to Quebec's protest law delayed to Friday
May 30, 2012 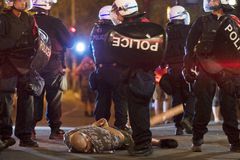 new
Quebec government, students may be closing in on deal
May 29, 2012 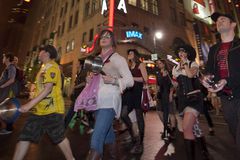 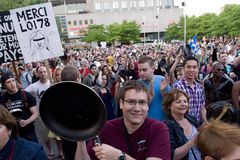 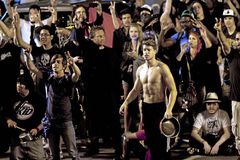