J. Patrick Boyer is the author of Our Scandalous Senate, published by Dundurn. He was MP for Etobicoke-Lakeshore from 1984 to 1993.

Last week's 31 criminal charges against Senator Mike Duffy, added to the criminal charges in February against senators Mac Harb and Patrick Brazeau, topped up with the 2011 conviction of then-senator Raymond Lavigne for fraud and breach of trust, raise serious questions about the Senate itself and its lax financial administration and culture of entitlement that facilitates rather than thwarts sloppiness and greed.

Two years ago, Senator David Tkachuk, chair of the all-powerful internal economy committee running the Senate, saw no problem with Mike Duffy's housing claims, saying in late 2012 that they were "entirely within the rules." Since then, when viewed through a police lens, those very claims have landed the PEI senator in criminal court.

Mr. Tkachuk knew he faced a problem. "Residency is a very complicated issue," he informed all senators, in order to justify his astonishing revelation that "the Senate has never tested it."

Nobody had bothered clarifying criteria by which senators could claim the allowance for being out-of-town members of the Red Chamber because the place ran on an "honour system." Members of the Senate submitted chits or stubs or receipts or scrawled notes, or nothing at all, then declared that the spending was for "Senate business" on a covering sheet and signed it.

Mr. Tkachuk claimed that this system of individual accountability and responsibility was backed up by a strong administrative regime: "The Senate also has rules and limits to govern what is paid, and a vigorous process that ensures only legitimate and reasonable expenses are paid." The chairman confidently asserted that this internal process was "more stringent and onerous" than any "second-level sign off" involving auditors would be.

While Mr. Tkachuk dished out such public reassurances, behind the scenes this "stringent and onerous" verification process continued to examine the submitted expense claims of senators Duffy, Harb, Brazeau, Pamela Wallin and several others who would later come under scrutiny for allegedly seeking improper reimbursements or submitting claims unsupported by proper documentation. But following "line-by-line" review by two separate financial officers, the Senate approved and paid them all – not once or twice in error or haste, but routinely, for years.

Even when Canada's auditor-general criticized the Senate's financial management framework and urged "sufficient documentation" to clearly demonstrate that expenses are appropriate, the Senate, still cocooned in its traditional culture of budget management, defensively asserted that it had "clearly defined rules for processing expense claims that are rigorously enforced. As in the private sector, the senator signs their expense claim form and attaches the receipts, according to strict rules and guidelines."

Between 2010 (when the current Senate expenses scandal began) and 2012, Mr. Tkachuk continued to tell Canadians that for senators' expenses, "rules and limits govern what is paid," and that a "vigorous process that ensures that only legitimate and reasonable expenses are paid" was in place and operating.

By this time, another 24 months of expense claims by senators – who would subsequently be suspended from office, accused of making false or inappropriate claims – had been submitted, reviewed, approved, and paid. The most rigorous part of the Senate's administrative process appeared to be its ability to cut cheques.

When pressed by media, opposition, and scandalized Canadians to act, the internal economy committee held in camera reviews of a number of senators' expenses, clearing all except four who were ordered to reimburse the Senate for money the Senate itself had reimbursed to them.

It is one thing to charge senators Harb, Brazeau and Duffy with criminal offences. But does accountability for an entrenched double standard of operations in the Senate of Canada that directly contributed to thousands of dollars allegedly misappropriated stop there?

When the Harper government introduced the Federal Accountability Act in 2006, the senators insisted, as a condition of passing the bill, on keeping exclusive control over all matters of their own ethical conduct – sowing the seeds whose harvest they reap now.

Little wonder the Harper government's Throne Speech last October pledged the Senate must either be reformed – or "vanish," a poetic term for abolished. 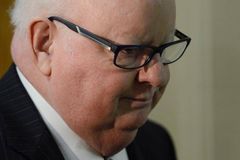 Mike Duffy maintains innocence after charges in expenses scandal
May 12, 2018 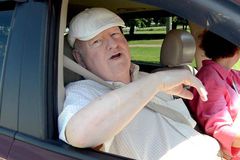 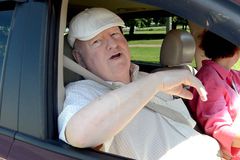 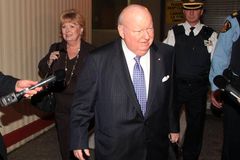