Amira Elghawaby is the communications director of the National Council of Canadian Muslims (NCCM). She tweets @AmiraElghawaby

Thankfully most Canadian Muslims were likely observing their Ramadan fasts when news of it broke; but it's enough to make anyone lose their appetite.

The report is contradictory in places, nonsensical in others, and at times based on unsubstantiated claims. None of this should come as much surprise to those who watched the at-times farcical Senate hearings which led up to it.

A parade of pseudo-experts on national security, including activist Ayaan Hirsi Ali, a woman who has never lived in Canada but was asked to pontificate about the country's Muslim communities, were woven into a lineup that did include some legitimate experts. They were not enough to save the further discrediting of what is supposed to be a chamber of sober second thought.

The report's recommendations in fact speak to a prejudicial and colonial mindset among those in high places and should alarm all Canadians.

More than suggesting imams be vetted and certified by the state – clearly discriminatory and patronizing – the report further suggests that community members and leaders need to be vetted as well. In other words, Canadian Muslims need to receive a state-sponsored stamp of approval before participating in dialogue with our government.

Once upon a time, colonizers pitted the colonized against one another in similar fashion, rewarding those who were pliant with recognition and relegating the others to the peripheries. These dynamics have no place in a modern democracy.

As our organization and other prominent Canadian Muslim institutions and individuals have experienced, silencing critical Muslims doesn't simply mean they're not on the Prime Minister's Ramadan dinner guest list.

No, silencing Canadian Muslims in this country means accusing them of terrorist leanings, sympathies, thoughts, dreams, what have you. And it means that if they have the wherewithal to defend their reputation against such slander, the government uses taxpayer dollars to fend off their claims.

But even that shouldn't be allowed to happen, according to another cringe-worthy Senate recommendation. Public officials should be free to defame Canadian Muslims. The report says that: "Government should encourage provincial governments to implement legislation that protect Canadians who are participating in the public discourse from vexatious litigation."

This would be amusing if it wasn't coming from the Senate of Canada. Even droller is the suggestion that the government of Canada should police speech. Someone needs to remind Senators that we live in a democracy and that the Criminal Code already provides for the prosecution of anyone promoting hatred, or terrorism. Even speech deemed offensive is protected.

Throughout the hearings on Bill C-51, experts and civil-society representatives advised the government that stricter laws and more invasive policing would not necessarily achieve the goal of eradicating the threat of extremist violence.

What many did learn is that Canadians risk losing cherished civil liberties in this law-and-order strategy that appears to be more about fear and bluster than about protecting Canadians.

This latest report takes this disturbing zero-sum game one step further: deliberately alienating and marginalizing the vast majority of Canadian Muslims and their institutions and making it that much harder for law-enforcement agencies to do their work on a basis of mutual trust and respect.

Given the recent white-supremacist shooting south of the border, and our own cases of right-wing extremism in Canada, it's startling that the Senate completely ignores what expert testimony and law-enforcement briefings indicate is also a real and significant threat.

The Senate's interim report is little more than a poorly disguised propaganda piece timed for election season. It's not a serious analysis of what Canadians require "to counter the terrorist threat in Canada." At best, it's a missed opportunity. At worst, it's a distasteful setback. 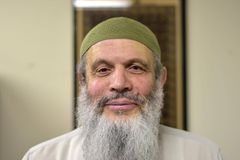 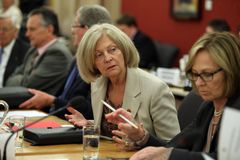