I feel sorry for Sir Tim Hunt, or at least as sorry as one can feel for a man who possesses both a knighthood and a Nobel Prize. It's the same sense of pity I would have for a brontosaurus too busy eating to notice the meteor streaking across the sky, or the typewriter salesman who is still lugging Underwoods to houses run by computer.

In a genuine, non-snarky way, I feel sorry for the celebrated British biochemist. He is the product of a different time, when men wore cloaks of entitlement that were invisible to them (though not to the people around them). When he made his inflammatory comments about "girl" scientists this week, he was, by his own admission, trying to be funny. And his comments might have been funny, if they'd been delivered at an Elk Club dinner in 1952.

Instead it was 2015, at the World Conference of Science Journalists, where Dr. Hunt dropped this clanger: "Let me tell you about my trouble with girls. Three things happen when they are in the lab: you fall in love with them, they fall in love with you, and when you criticize them, they cry." He then amplified those remarks during an interview with the BBC, saying that male and female researchers mix poorly in the lab, and "it's very disruptive to the science." Because, you know, chemistry.

Female scientists around the world responded with the shower of scorn this deserved, tweeting pictures of themselves in haz-mat suits and on archeological digs, with the hashtag #distractinglysexy. My favourite came from biologist Sarah Durant, who tweeted: "Nothing like a sample tube full of cheetah poop to make you #distractinglysexy."

Among people who study social interaction, there is a term for the inability to put yourself in someone else's shoes: mind blindness. Perhaps we can add "guy blindness" to the lexicon. So when Microsoft CEO Satya Nadella tells women in tech fields they shouldn't ask for raises and should instead just wait for the money fairy to rain cash on them while they sleep, it's guy blindness. Or when the European Space Agency's Matt Taylor wears a shirt covered in pin-up girls to announce a major breakthrough with the Rosetta Project space probe, that's guy blindness.

Obliviousness, not malice, is at the root of much contemporary sexism. Even men who think of themselves as FOLs (Friends of Ladies) don't realize that the advantages that flow to them are systemic and cultural, and are not shared by everyone. These guys may know how to use a level, but they don't often measure the playing field.

Where this becomes a problem – and it is a problem – is when the blindness extends to an entire field, and results in a dearth of women at the higher end of decision-making and teaching in the STEM fields (science, technology, engineering and mathematics). There have been huge efforts to get girls interested in these fields, using everything from chemistry summer camps to engineering scholarships, and things are getting better; enrolment is rising in many fields. But at the power end – where faculty jobs and research grants lie – there is still a huge gender disparity. (Earlier this year, UNESCO's Institute for Statistics released a report showing that only 30 per cent of the world's researchers are women – and in the private sector, it's even lower than that.)

In 2013, the journal Nature devoted an entire issue to exposing "the dismaying extent to which sexism still exists in science." The magazine noted that, "In the United States and Europe, around half of those who gain doctoral degrees in science and engineering are female – but barely one-fifth of full professors are women. Women are not invited in significant numbers to sit on the scientific advisory boards of startup companies. A scientific conference at which half of the keynote speakers are women stands out simply because of that."

At a certain point, individual blindness becomes a kind of eclipse, shutting out half the population. Consider the woeful lack of representation at the Canadian Science and Engineering Hall of Fame, which includes 11 women out of 60 inductees. That number could and should climb, of course, except for the fact that no women have been nominated for the past two years. In April, two distinguished female researchers from UBC quit the Hall of Fame's selection committee over the failure to find any women worthy of inclusion. "We all have to do better," said neuroscientist Judy Illes, one of the committee members who left.

Doing better starts early as I think we now realize. You see, the roots at every kids' birthday party where the girls are still given dolls and weird loom things and necklace-making sets while the boys get "Disgust-o Science Lab Slime-Making Kit" and "Create Natural Disasters in Your Own Kitchen." Let us not forget that it has not been such a long time since Barbie proclaimed, "Math class is tough!"

Much as I'm loath to tangle with Barbie, I'm going to have to disagree with her: Math is easy; it's change that's hard.

‘When you criticize them, they cry’: Nobel-prize scientist resigns after comments about female researchers
June 10, 2015 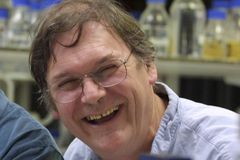 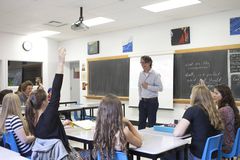 How ‘unconscious bias’ could stand in the way of your promotion
October 30, 2014 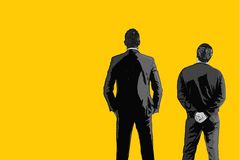