This mythical time has not arrived. Maybe it never will. Consider a couple of recent cases from across the country, in which the alleged perpetrators of sexual assault, who occupied some position of trust in relation to the complainants, were acquitted.

In Halifax this week, there was an uproar when Halifax taxi driver Bassam al-Rawi was acquitted of an assault charge stemming from May, 2015. He was acquitted despite the fact that police found his female passenger nearly naked in the back of his cab, drunk and passed out, with her urine-soaked pants removed. Mr. al-Rawi's pants were unfastened and he had the complainant's DNA on his mouth.

The female passenger didn't remember much about the night, and the case apparently hinged on that. "The Crown failed to produce any evidence of lack of consent at any time," Judge Gregory Lenehan said in his ruling, and also, "clearly a drunk can consent." How exactly would consent be proved? Perhaps all taxis need to be fitted with a dash-cam facing backwards.

The Halifax case will be argued in legal circles for years to come, I'm sure, as the issues around intoxication and consent are thorny and complex. But let's set aside the legal bar for conviction, which is high for all criminal cases, and look at the moral one. Why would anyone think he had the right to seek sexual gratification from a person who was so drunk that she was incoherent, who had been refused entry to a bar, who had a blood-alcohol level way over the limit? What human being would possibly consider that a good idea? Why do some men have such enraging beliefs about what should be theirs, even when it is not?

There's been a loud outcry against the ruling. Complaints against Judge Lenehan have been filed with Nova Scotia's judicial oversight body. There are demonstrations planned. The fallout from the ruling may be damaging. As University of Ottawa law professor Elizabeth Sheehy told the CBC, "I think the message to the public at large is it's open season on incapacitated women."

During the case, one of the headlines in the St. John's Telegram read, "Too drunk to remember." The paper later apologized, but it also neatly provided proof of the underlying cultural biases at work whenever a drunk woman is involved. A reminder: Being drunk isn't a crime; sexual assault is.

We'd better get used to having these discussions about consent. We'd better get used to having them early, and often, with girls and boys and teenagers and adult men, some of whom do not deserve the positions of trust they occupy. The movement toward enthusiastic or affirmative consent, which has been bafflingly controversial, has moved into the educational and legal mainstream. It's part of Ontario's educational curriculum, as it should be. Several states, starting with California in 2014, have enshrined the idea of enthusiastic consent, sometimes called "Yes means Yes," into laws around campus behaviour.

The absolute worst outcome from these cases – and related ones, like the dismissal of Indigenous women's sexual assault complaints toward police officers in northern Quebec – would be that they discouraged women from coming forward. The good news is that there has been movement in the right direction: Robyn Doolittle's groundbreaking Unfounded series in The Globe, about discarded sexual assault complaints, has led more than 40 police services across the country to review the way they investigate these allegations.

These cases are distressing, to say the least. But they also unleashed some heroic forces of opposition: The protesters who stood outside the courthouses, and the female cab drivers in Halifax who offered free rides to anyone who felt unsafe. That's in addition to the countless advocates who do the thankless work of standing up for sexual-assault survivors, or the middle-schoolers pushing to have consent put on the curriculum. They continue to fight the good fight. Maybe some day they'll win.

Nova Scotia judge under fire for claiming ‘a drunk can consent’ in sex-assault case
March 2, 2017 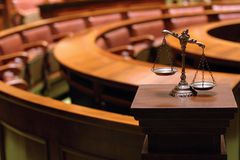 Newfoundland police officer acquitted in contentious sexual assault case
February 24, 2017
Quebec reviewing dismissed sex assaults after Globe investigation
February 16, 2017
Follow Elizabeth Renzetti on Twitter @lizrenzetti
Report an error Editorial code of conduct
Due to technical reasons, we have temporarily removed commenting from our articles. We hope to have this fixed soon. Thank you for your patience. If you are looking to give feedback on our new site, please send it along to feedback@globeandmail.com. If you want to write a letter to the editor, please forward to letters@globeandmail.com.
Comments