Barbara McDougall
Special to The Globe and Mail
Published December 8, 2014 Updated May 12, 2018

Barbara McDougall was secretary of state for external affairs from 1991 to 1993.

In 1951, an outstanding photographer named Ruth Orkin depicted in a photo a pretty young woman walking past a group of young men, including a macho young man on a Vespa. They all stared at her appreciatively, to say the least. It's an iconic image. The girl is striding quickly, looking neither left nor right, perhaps apprehensive; the men are motionless but their whistling, leering and muttering flies right out of the black-and-white image.

Even at the time, there was a sinister quality to the photo, although shortly after the picture was taken, the girl depicted went happily off for a Vespa ride with its rider, whom she had just met.

Thus the centuries old dilemmas of flirtation, occasionally evolving into harassment, too often into assault, and in extreme circumstances into tragedy.

Since time immemorial, it was the practice in most cultures that the male initiated any relationship – an afternoon walk, the next waltz, a dowry negotiation or a marriage proposal. In keeping with this, teenage dating has always been a humbling experience for all. The boy asking a girl to go out risks humiliating rejection. The girl risks the humiliation of never being asked. Assuming they connect, one thing may lead to another, but unskilled groping in the back of a car or in an alley somewhere leaves nobody satisfied – and often enough, finds no agreement as to when enough is enough.

Most women are flattered if a man indicates that he finds her attractive. (The reverse is also true, now that girls ask boys out a lot.) But in our sex-driven modern culture, it is often difficult to define when flirtation ends and harassment begins, particularly since, if I read the papers right, it seems almost routine for her to find herself in his bedroom sooner rather than later. But I would guess that there is not one woman in Canada who hasn't been the object of unwelcome attention, maybe aggressively so. And there are vast numbers of men who have made unwanted approaches and ended up feeling embarrassed and humbled.

Unlike sexual assault, which is clearly defined in the Criminal Code, harassment's boundaries are blurred. When is a sexual advance unwelcome? Yes may mean yes, and no may mean no, but what about a kiss fervently returned, a nudge in response to a hand on the shoulder, a smile? No wonder people are confused. On the other hand, I have always believed that if a woman believes she's being harassed, she is harassed. Only she can define it – no one else can.

Parliament has been described as a hotbed of harassment. MPs live in a bubble, they say, everyone is away from home all week and many are lonely. But the latest scandale, over allegations against two Liberal MPs, leaves me wondering where everyone has been for the last several decades.

First, 50 years after Betty Friedan's groundbreaking book The Feminine Mystique, then rolling on through Germaine Greer and Gloria Steinem, the sprouting of women's studies programs in every self-respecting college and university, equal-rights laws and policies, why haven't men figured out that it is unacceptable to use positions of power – whether it's in the military, the corporate world, the public service, the House of Commons or a labour union – to prey on women who work for them? (That is not the case here, but it applies to senior public-service officials and MPs salivating after young interns and pages, for example.)

Second, more to the immediate point, how can women who work on the same platform as men not feel entitled to say "back off"? The two women MPs who brought the harassment accusations forward are grownups. They were elected to Parliament. They had already met many significant life challenges. They are the professional equals of the men who stand accused. Those men have no power over them. Why do women not yet have enough sense of self-worth to refuse men they don't want to have sex with?

Third, why do all the over-excited pundits, who can't seem to leave this subject alone for even a day, keep referring to these women as "victims"? Vocabulary is important here. This categorization strips the women of any sense of their own dignity, power and pride. It feeds into the old status that predates all the accumulated knowledge and building-up of women's position in society over the last half-century.

It's all very discouraging.

Now, the procedure and House affairs committee is working out an anti-harassment policy. I guess that's good, but if 60 years of spreading the word hasn't brought about a change in attitudes, you'll forgive me for being skeptical about a recommendation from a parliamentary committee.

And in the meantime, four lives have been damaged, if not ruined, by the tawdry unfolding of this sad sequence of events. 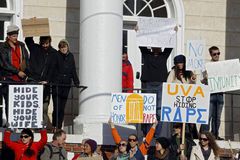 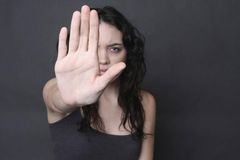