Michael Bell teaches at Carleton University in Ottawa. He has been four times a Canadian ambassador in the Middle East.

I will never forget seeing Shimon Peres for the first time, in 1975, chatting with Israel's other founding fathers, Ezer Weizman and Yitzhak Rabin, in the Knesset. They were the leaders, under David Ben-Gurion, who brought the Jewish state into being. They had much of which to be proud. Israel was their creation, forged against the odds, with their commitment and determination. How I wish they were still with us, particularly Mr. Peres, the early hawk who became the ultimate peacemaker.

He was a mirror of the vicissitudes of Israeli politics. He was elegant in the European manner, hardly what we think of as the rough-and-tumble politician of Israel's early years. He was absolutely compelling. Never did he fail to capture the imagination of Canadian politicians. I remember Brian Mulroney being putty in his hands, as Mr. Peres persuaded him to change Canadian policy in a minutes-long discussion. Joe Clark, who had few soft spots for Israel's treatment of the Palestinians, holds Mr. Peres in esteem.

The suggestion, however, that Mr. Peres held a special place for Canada was largely the product of our self-delusion. He valued Canada just as he did many other like-minded countries; no more no less. It is at moments like this, when great statesmen have died, that we tend to lose perspective and suggest we were the best of friends.

Any modern critique of Mr. Peres, portraying him as the ultimate warmonger, chooses to omit that his work in intelligence, security and armaments in the late 1940s and 50s was essential to the well being of the fledgling Jewish state. That was when it was rejected by all of its Arab neighbours, except possibly Jordan. Arab nationalists, led by Egypt's Gamal Abdul Nasser, threatened to destroy it. Few people (and certainly no Zionist) would not have been hawks in Mr. Peres's shoes. But his reputation as a schemer who preferred secrets to openness should not be overdrawn; no politician dealing with matters of war and peace can write on an open slate.

He was far from blameless, however, for the predicament Israeli finds itself in today. In the 1970s, he vacillated on the territorial issue and played into the hands of the settler movement. He enabled ultra-nationalist settlers to establish a foothold in the occupied territories of the West Bank, which mushroomed and from which Israel has never escaped, increasingly complicating the search for a two-state solution. He was slow to wake up to the implications that, through the settlements, Israel was choosing unending strife. By the time he did, the movement had permeated the system to the point of no return.

Too late, perhaps, Mr. Peres changed his mindset – in the 1980s and 90s he decided that the great majority of the occupied territories had to go if Israel was to remain both a Jewish state and a democracy. He became the chief advocate of fair-minded accommodation with the Palestinians.

As foreign minister, he threw his entire being into reaching the Oslo Accords, legitimizing the role of the Palestine Liberation Organization and Yasser Arafat, convinced (and he had to be) by Yossi Beilin and Yair Hirschfeld that Israel's security depended on a two-state option. Once Mr. Peres was onside, he became its strongest advocate, culminating in the historic signing on the White House lawn. Even in his role as Israel's largely ceremonial president, he bypassed convention to negotiate and ultimately reach agreement with Palestinian leader Mahmoud Abbas, only to have his feet cut from under him by ultra-nationalist Benjamin Netanyahu.

Mr. Peres could have been the leader to sweep the Israeli people along. But, despite his many ministerial posts, he, in the complex brew of Israeli politics, failed. He could never rid himself of his rivalry with Mr. Rabin. And he squandered his chance to govern decisively because in the wake of Mr. Rabin's assassination, he was reluctant to call early elections. He was determined to win the elections on his record; he postponed and postponed and ultimately was defeated.

That said, Mr. Peres's role as a trailblazer cannot be dismissed. He was a strong, forceful and committed man, a personality Israel needs more than ever if it is to free itself from the role of perpetual occupier.

World leaders mourn Israel’s Shimon Peres, praise him as a man of peace 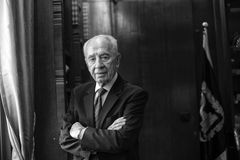 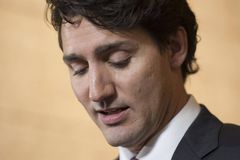 Opinion
Peres’s vision for peace reached too far, and not far enough 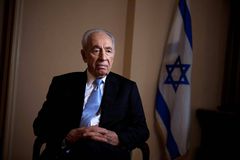