Plato apparently said that no person should be worth more than four times another. If that's true, then he might agree with nearly two thirds of the Swiss population, who voted in a national referendum last week to give shareholders broad powers to curb excessive pay for bankers and corporate executives.

The European Union too wants a cap on the maximum bonus bankers can be paid as a base salary. And two years ago, provisions in the U.S. Dodd-Frank Act mandated that clear disclosure on executive compensation was necessary and that for some companies, frequent salary reviews (every 3 years) with shareholders was a must.

The fussing about executive compensation has been fulminating for quite some time. Professor Lucian Bebchuk, the economics guru at Harvard, kicked off his provocative research a decade ago by describing managers as "rent extractors" who have the power to influence their own pay.

Since then, endless blue-ribbon committees of corporate directors and endless gnashing of teeth from corporate panels have lead to an increased understanding of compensation complexity, along with a dawning realization that perhaps highly paid consultants were not the most efficient source of advice.

The Coalition on Good Governance brilliantly led the debate in Canada by engaging with companies around giving shareholders a "say on pay." Hard data also helped to focus our attention. A 2010 report entitled "A Soft Landing" by the Canadian Centre for Policy Alternatives found that the top 100 Canadian CEOs earned an average of $7,300,884 in 2008 while the average Canadian earned $42,305.

As a result, changes have slowly been evident. Current corporate thinking no longer isolates executive packages to solely the compensation committee but also to the risk-management or risk-assessment committees. Richard LeBlanc of York University, for example, published an influential paper which called for salaries based on senior managers' levels of value creation and the linkage of pay to performance.

Yet angst in C suites and academic circles was not enough to stave off the Occupy movement in 2012. The compensation issue, which had previously more or less been confined to boardrooms and corporate insiders, was no longer about income clarity and disclosure of packages, perks and products. Instead, the debate shifted to themes of inequity and lack of fairness, spilling into public space, both physical and virtual. In Canada, the disgraceful behaviour of Nortel corporate executives who ran off with inflated bonuses while Nortel pensioners were left to salvage scraps, served as a stark reminder that we too must be mindful.

It's ironic that Jim Collins' well-regarded 2001 business book Good to Great concluded: "We found no systematic pattern linking executive compensation to the process of going from good to great... the purpose of a compensation system should not be to get the right behaviours from the wrong people, but to get the right people on the bus in the first place, and to keep them there."

In other words, are we really sure there's a link between excessive compensation and higher performance? And even if there is, is it worth the risk of public anger and possible regulatory interference? Are the right people making the right decisions or should more of us have a say?

Is Canada's bus headed in an appropriate direction? Or should we be steering toward the Swiss Alps?

Penny Collenette, a former senior fellow at the Kennedy School of Government and director of appointments in the Prime Minister's Office, is an adjunct professor in the University of Ottawa's faculty of law. 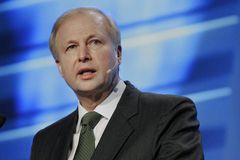 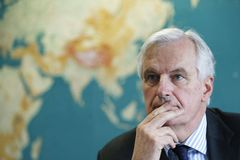 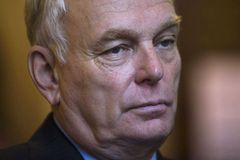 Switzerland on track to impose some of world's strictest curbs on executive pay
March 3, 2013 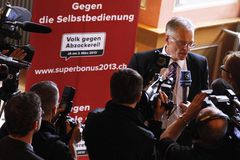 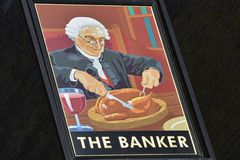