Fifty years ago, life on campus was pretty dull. Student behaviour was tightly (if not always successfully) regulated by curfews, single-sex dorms and no-alcohol rules. All these prohibitions were meant to ensure that immature young adults wouldn't get into too much trouble.

My generation got rid of all that. We insisted on autonomy. We did not want authorities regulating our conduct. Social norms changed dramatically. The culture became hypersexualized. Casual sex on campus, once uncommon, is now no big deal. Alcohol is ubiquitous. And now, students (as well as parents, activists and governments) are demanding that universities once again take up the burden of providing for their charges' mental, emotional and physical welfare – without the former restrictions on sex, booze and behaviour, of course.

Which brings us to the problem of sexual misconduct, or "violence," as it is invariably called. Campuses are under heavy fire for failing to respond properly to sexual assault victims, or to address the so-called rape culture that has blighted campus life. No longer is it enough simply to refer sexual assault complaints to the police. University administrators are expected to provide counselling for the victims and discipline for the perpetrators – up to and including expulsion.

Should we expect universities to police sexual assault?

The answer is absolutely not. Their job is to educate, not to prosecute.

If you doubt it, just look at the disaster unfolding in the United States, where universities are obliged by law to act as judge and jury in sexual assault cases. They use the "preponderance of evidence" standard that applies in civil cases, as opposed to the higher "burden of proof" standard used in criminal cases. This means that suspicion alone is enough to convict. The result is too often a travesty of justice, characterized by inept investigations, institutional incompetence, and blatant violations of people's rights. Men have been routinely expelled without redress. One young man got an e-mail two weeks before graduation telling him he was being removed from campus because of a sexual assault complaint. His case was never heard, and he never graduated. Now U.S. universities are facing a flurry of lawsuits from men saying they've been wrongfully convicted.

It would help if we dropped the hysterical language we use to talk about sexual assault. The term "sexual violence" is now used by campus justice warriors – as well as journalists – to cover a spectrum of behaviour that includes anything from forcible rape to an unwanted kiss or offensive language. In the middle is a range of ambivalent or unwelcome encounters that may result from miscommunication, misunderstanding, or too much alcohol. The abuse of language leaves the false impression that campuses are hotbeds of predatory men. As American writer Cathy Young notes, it also serves both to trivialize rape and to criminalize bad sex.

Obviously, institutional responses should vary depending on which end of the spectrum they're dealing with. If it's forcible rape, the right response is immediate referral to the police. If it's not – and the vast majority are not – the right response may well be counselling or mediation. In fact, this is what most women say they want: an informal process that offers redress, not punishment. As Ms. Young says, "A good place to start would be to discuss exploitative, emotionally damaging sexual encounters without calling them rape."

Critics deplore the fact that few reports of campus sexual assault result in formal investigations. A reported 90 per cent of cases don't go the formal route. For some, the implication is that the universities must be covering up something. But this is exactly the right approach. An adversarial approach to resolving issues of drunken sex does nothing but cause further harm. It would give us a system like that of the Americans, which has turned a thousand campuses into unsafe spaces for young men.

Even feminists agree that campus anti-rape activism can easily hurt innocent people. That includes not only the accused but also the complainants, who are too often told that the trauma they've suffered might ruin their lives. No wonder they feel so helpless and fragile. "Law and policy should rightly be responsive to the trauma experienced by sexual assault victims," Aya Gruber, a law professor at the University of Colorado, told a law conference earlier this year. "But the discourse that equates a broad range of bad college sex with life-ruining trauma has costs."

North American universities are among the safest places on Earth. But it's also true that when millions of young adults are stirred together, not all of their encounters will be happy or consensual ones. Universities should endeavour to draw a bright line between criminal behaviour and the types of unpleasant and even ugly experiences that many of us have encountered at one time or another. We should not expect them to do what the justice system does already. They should not, and cannot, be police officers. 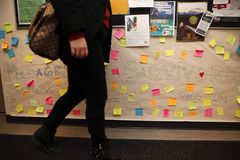 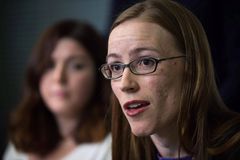 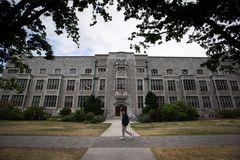