Let's say you need to improve your household finances. What are your options?

The most obvious is to look for ways to reduce spending. At the same time, however, it also makes sense to make the most of your income. So if you've been letting some folks avoid paying what they owe you in hopes they'll be your friends, now would be a good time to put a stop to such foolishness.

The same principle should apply to the federal government.

Next week, federal Finance Minister Jim Flaherty will unveil his 2011 budget. Recently released federal spending estimates suggest we should expect a large decrease in expenditures. While much of this saving is likely to come from an end to ad hoc stimulus programs and lower interest rates, there will probably be substantial cuts to programs as well, as Ottawa tries to bring its finances back into balance. But not all government spending involves buying things or sending out cheques.

Tax expenditures − money the federal government chooses not to collect from taxpayers for a variety of reasons − are equally important. And they should not be overlooked when it comes to fighting the deficit.

Ottawa annually gives away more than $100-billion worth of tax expenditures on personal taxes through various deductions and credits, ranging from more than $7-billion for RRSPs to $5-million for the infirm dependent credit. With substantial numbers in play, it seems obvious that any reasonable effort to bring federal finances to order ought to take a good look at tax expenditures as well as direct government outlays. In fact, in last year's budget, Mr. Flaherty said he would be "closing unfair tax loopholes."

If this is the case, the first place to visit would be Prime Minister Stephen Harper's tax boutique.

Beginning with his first budget in 2006, Mr. Harper has been an enthusiastic creator of "boutique tax cuts." These are narrowly focused non-refundable tax credits aimed at the middle class in hopes of currying political favour for the Conservatives come election time. They include the children's fitness tax credit, public transit credit, tradespersons' tool deduction, textbook amount for university students, and the home renovation tax credit.

A closer look at one example reveals the inherent flaws, and substantial scope for savings, at play with boutique tax credits. The children's fitness tax credit allows parents to claim as much as $500 for their child's participation in such things as hockey, dance or kung fu. While such a program might properly be aimed at lower income families struggling to pay the fees, two-thirds of all claimants have incomes above $50,000. The actual dollar value of this credit is even more skewed, since non-refundable tax credits provide a bigger benefit to higher income tax filers. More than 70 per cent of the dollar value of this credit accrues to taxpayers earning above $50,000 a year. Keep in mind, only a quarter of all individual tax filers report income over $50,000.

This story gets worse. According to a University of Alberta survey of 1,000 parents, the tax credit plays a negligible role in encouraging participation in youth sport. For low-income families, it's entirely ineffective. The only reason the children's fitness tax credit exists is to woo middle-class families to the Conservative banner. And that sure sounds like an "unfair tax loophole."

Figuring out the gain to government coffers from eliminating boutique tax credits is complicated by the progressivity of the tax system and interplay between different credits and benefits. Our calculations show that removing the fitness tax credit would provide $67-million in savings. Cutting the public transit credit, another politically motivated tax expenditure with no apparent practical impact, could add another $100-million. A comprehensive review of all federal tax expenditures holds the promise of even more substantial savings.

Shutting down boutique tax cuts is not the same thing as raising taxes. It merely applies existing taxes in a fairer and more honest manner. And the money saved can be applied to broader tax relief for all taxpayers - thus enhancing the efficiency of the tax system − or funnelled directly toward deficit reduction. President Barack Obama's bipartisan National Commission on Fiscal Responsibility and Reform, for example, has placed a strong emphasis on reducing tax expenditures as a key to lowering the massive U.S. deficit.

Peter Shawn Taylor and Ben Sand are the authors of Harper's Tax Boutique: Rethinking Tax Expenditures in a Time of Deficit, published by the Frontier Centre for Public Policy. 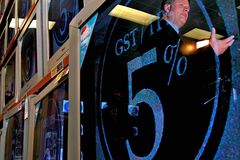 Opinion
There's only one tax rate that works: zero per cent
March 16, 2011 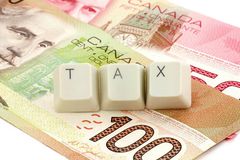 Opinion
If Alberta can't cut its deficit quickly, who can?
March 15, 2011
Follow us on Twitter @globedebate Opens in a new window
Report an error
Due to technical reasons, we have temporarily removed commenting from our articles. We hope to have this fixed soon. Thank you for your patience. If you are looking to give feedback on our new site, please send it along to feedback@globeandmail.com. If you want to write a letter to the editor, please forward to letters@globeandmail.com.
Comments