Though it can be criticized as lip service, the Canadian government's ongoing "dialogue" on human rights with China sometimes has a bite.

This was evident last week when China's touchy Foreign Minister threw a temper tantrum at a news conference in Ottawa when questioned about Beijing's dismal human-rights record.

So what should Canada's terms of engagement be with the world's next rising economic star, India?

Last year, India's economy raced ahead to post a world-beating 7.6% GDP growth rate. But as with China, this top-of-the-class economic report card has not spawned a halo effect to remove attention from the subcontinent's own poor human-rights record. In the foreground of the recently stalled Canada-India free-trade talks are ongoing protests by Canada's politically influential South Asian community calling for protection of minorities in India.

These boiled at high heat last April when walls of protesters confronted India's Prime Minister Narendra Modi upon landing for his official state visit to Canada. Human-rights violations are again casting a shadow over Mr. Modi's state visit this week to the United States, where he will be addressing a joint session of Congress. U.S. elected officials are petitioning for change in how the Indian government treats minority Christians, Muslims and Sikhs. This includes a group of 34 senators and congressmen who penned a letter recently urging the Prime Minister to "hold perpetrators of this violence to account."

These episodes of bloodshed include the infamous 2002 Gujarat riots in which hundreds of Muslims were killed by Hindu mobs and in which Mr. Modi was allegedly complicit – an event that led him to being denied a visa to the United States in 2005.

For Canada's one-million-strong Sikh population, justice remains outstanding in the targeted killings of thousands of Sikhs in Delhi in 1984, along with the earlier attacks on the Golden Temple when hundreds of innocent worshippers on pilgrimage were shot down by Indian soldiers. The failure to convict the organizers of the Delhi mass killings and resolve this violent chapter against India's Sikh minority – which, like Christians in India, form a mere 2 per cent of the population – has allowed the wounds to grow toxic. Although official reports record the killings of nearly 3,000 Sikhs, unofficial estimates are as high as 30,000.

And so this past weekend on Saturday, Sikhs in Vancouver again gathered at the downtown Art Gallery to hold a vigil for victims of these events.

Now in his early 20s, Manveer Singh has worked as an organizer for the art-gallery vigil. Like others of his generation, he was born outside of India and after the 1984 atrocities. Yet the horror of these events spared few – virtually every family knew of someone who was murdered or was a casualty of violence. These wounds have filtered into the current generation through emotional osmosis.

North American companies have pivoted toward Asia. The next evolutionary step beyond NAFTA is the Trans Pacific Partnership, a free-trade agreement between the U.S., Canada, Mexico and including seven Asian nations, that is looking to add India in its next stage.

But for Mr. Singh, Canada's aspiration to expand its trade relationship with a state that refuses to account for the blood on its hands undermines Canadian values.

"At the political level, there is a reluctance to address these past events and press for convictions in the Delhi genocide as this would anger the Indian government," said Mr. Singh.

"What pains us most is that those from India's Congress Party who were behind the killings still live free with impunity," added Mr. Singh, who is currently a university student in Vancouver.

A number of Canadian elected officials have attempted to seek official recognition of the Delhi killings as a genocide in order to close the chapter and move forward. In 2011, MP Sukh Dhaliwal was the first to raise this topic at an official federal level. The member from Surrey-Newton put forward a petition in the House of Commons for official recognition of the 1984 killings as an act of genocide, plowing ahead with the convictions of his constituents despite a rebuke from then-Liberal Party leader Michael Ignatieff, as well as the Indian consulate in Vancouver. Mr. Dhaliwal received support from current Minister of Innovation Navdeep Bains.

NDP Leader Tom Mulcair has also issued an official release on the matter, stating that he and the federal NDP "firmly stand in solidarity with the community, independent human-rights organizations and Canadians across the country, in seeking justice."

And just this past week, a motion for recognition of the Delhi killings as a genocidal act was voted on in the Ontario House. Put forward by Ontario NDP MLA Jagmeet Singh, it was defeated by the Liberal majority.

Mr. Singh tweeted afterward: "By voting against the Sikh Genocide Recognition motion, the Liberals turned their back on human rights, justice, reconciliation & healing. They not only turned their backs on the Sikhs but all the Hindu & Muslim families who risked their lives to save their Sikh neighbours."

With 16 MPs of Sikh heritage in the House of Commons, this matter will not fade into the recesses of the past. The recent recognition of the Armenian genocide by the German government, as well as the apology for the Komagata Maru incident, have bolstered confidence of achieving genocide recognition from Canada's Sikh community.

Last year, Canada's then-Conservative government's minister of foreign affairs issued a statement on the anniversary of China sending in tanks against the protesters in Tiananmen Square. "Canada urges China to break its silence on the events of 26 years ago by openly accounting for the people who were killed, detained or went missing and by launching a process of national healing and reconciliation."

The Canadian government has yet to make an equivalent request to India for its Tiananmen moment, when its tanks crackled over the marble promenade of the Golden Temple in 1984 and when senior Congress Party officials are alleged to have ordered police to stand down while sword-wielding mobs cut down thousands of innocent people.

With discussions of free trade in the air, the timing is right for that statement.

Jagdeesh Mann is the executive editor of the South Asian Post and a media professional based in Vancouver. 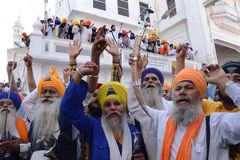 Descendants of Komagata Maru passengers ‘pleased’ by apology
May 16, 2016 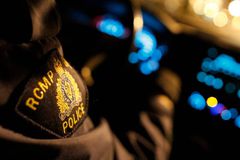