When Newfoundland and Labrador Premier Dwight Ball announced the parameters of a judicial inquiry into the problem-plagued Muskrat Falls hydro-electric project this week, it wasn't difficult imagining a similar autopsy being performed on a similar venture on the other side of the country some day down the road.

B.C.'s NDP government will soon have to make a decision on the fate of the province's own hydro-electric dam, so-called Site C, a highly contentious mega project initiated by the previous Liberal regime. Opponents – of which there are many – were thrilled when the NDP dethroned the incumbent Liberals in the spring election, so convinced were they the new guys were intent on driving a stake through it.

The reasons for stopping the endeavour in its early stages were compelling: projections suggesting the electricity generated wouldn't be needed for decades; cheaper alternatives such as wind, solar and geothermal; lack of due process by the previous government in initiating the undertaking; and, finally, the escalating cost. Originally estimated to bill out at $6.6-billion, the latest quote stands at nearly $9-billion, with knowledgeable people predicting it will reach $12-billion or more before all is said and done.

In other words, it has Muskrat Falls written all over it.

While it certainly looked as if the NDP was intent on cancelling Site C – particularly given its governing partnership with the Green Party, which vehemently opposes its construction – the picture is much less certain today. With a final decision expected before year's end, the government has been given a lot more to consider in recent days.

Shortly after taking office, the NDP asked the independent B.C. Utilities Commission to prepare a quickie report on the efficacy of the project – something the Liberals refused to do. While not coming out with a firm recommendation, the BCUC panel raised serious doubts about the project's economics, saying it was near impossible to justify its outlay against forecast demand and cheaper alternatives. But recently, other experts with ties to the government have questioned many of the BCUC's assumptions, particularly as they relate to the province's energy needs in the coming decades.

The BCUC panel had indicated those requirements weren't nearly as great as BC Hydro, the Crown utility in charge of the project, have indicated they would be. But in the past week, the BCUC's own forecasts were challenged, with experts saying the commission panel completely underestimated the energy needs created by the growing electrification of the economy. It was also pointed out that the cost of cancelling the project at this point will be in the neighbourhood of $4-billion. Tack on to that, too, the need to raise consumer electricity rates to pay for the decision. Also, Hydro would then have to start from scratch to find alternative, cheaper energy sources.

In other words, it's too late to turn back.

Whatever Premier John Horgan and his cabinet decides, it will be incredibly divisive, not just in the province but inside his own party. If the result is to go ahead, it will anger the NDP's vocal and activist environmental wing, which exists in the party more broadly, but also inside the government caucus. A green light could also jeopardize what so far has been a fairly contented working relationship with the Greens.

A decision to kill it will anger the NDP's labour flank, which has deserted the party in past elections over concerns it didn't care about rural parts of the province and the blue-collar sorts who rely on projects such as Site C for their livelihood.

Mr. Horgan's own working-class heart is unquestionably with the families that rely on big construction jobs to earn a living. But his head is likely telling him the project will come back to haunt the party if it goes ahead.

The NDP waited 16 long years to return to government and make the kind of big, tough decisions that Site C represents. They are also choices that begin to consume, sometimes ferociously, the well of political capital a government has stored up at the beginning of its mandate. As many administrations in this country have discovered, it sometimes doesn't take long to use it all up.

Which way will the government go? I'm not sure. But early in 2017, when she was still premier, Christy Clark said she hoped to get the project "past the point of no return." In the end, she may have accomplished her goal. And Site C could be her most noteworthy legacy, for better or worse. 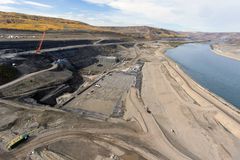 Opinion
We have a historic opportunity to consider alternatives to Site C
November 5, 2017 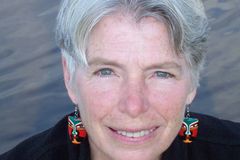