Stephen Harper never used to talk about a majority. Now he's practically begging for one. Can he win it?

How? Smoke and mirrors. The creation of a fictional universe.

Truth, as we know, is a moving target. Facts need not matter. In politics, it's about who brings the most megaphones to the table. Whatever gets repeated the most is the reality. With more ads, with more media support, with more resources, the Conservatives drown out their opponents. Their fictional universe overshadows those of the other parties.

In this campaign, their universe has three components: coalition, ethics and the economy. Out of the gate, the Tories stumbled a bit on the first one. Their fictional universe invokes the spectre of a coalition government-in-waiting, ready to destabilize Canada. Stephen Harper didn't bank on the rush of publicity surrounding the 2004 letter that he had signed, the one showing he was prepared to join other parties to form an alternative - though he wasn't calling it a coalition - to the Paul Martin government. As a result, he's been hit with the label "Harper the hypocrite."

That said, there's been a substantial dividend to all the coalition talk. It's helped mightily with regard to component No. 2 of the fictional universe. This one requires that the Prime Minister create the impression that evidence of contempt of Parliament, ethical abuse and autocratic governance is all terribly overblown. Small potatoes. Kicking off his campaign at Rideau Hall, Mr. Harper made the stunningly dismissive observation that the historic contempt-of-Parliament motion, prompted by the Speaker's ruling, was just parliamentary manoeuvring that Canadians don't care about.

Mr. Harper had displayed a similarly contemptuous attitude toward Parliament more than a year earlier when he shut it down. But Canadians did care. They took to the streets to protest against his autocratic arrogance. There being, at my count, more than 50 examples of abuse of power by this government, the PM is highly vulnerable on this issue. But, thus far, it's been swept aside by coalition mania.

Component No. 3 of the fictional universe strategy requires turning a middling performance on the economy into one that's perceived to be inspired. We hear ad nauseam that Canada is leading the global economic recovery. In fact, among OECD nations, Canada didn't finish in the top five in the past two years. According to a report by the Conference Board of Canada, we'll be lucky to stay in the top 10.

In this campaign, the government will fix the blame for the country's large deficit entirely on the recession. It won't mention that its exorbitant prerecession spending had Canada practically in deficit even before the recession came along. It won't mention that the fundamentals that put Canada in good shape - including the avoidance of deregulation policies favoured by conservatives - were largely fashioned by predecessors.

In their economic universe, the Tories have Canadians believing that Liberals will raise their taxes. The only tax hikes pledged by Liberals are for big and wealthy corporations. The Conservatives are trying to make voters believe that staying with them will ensure economic stability. They forget their own track record. After the 2008 election campaign, in which they vowed there'd be no deficit, they delivered an economic update that created such instability, the government came within a hair of falling.

The budget statement had practically no stimulus funding. Ontario, we recall, had been declared by the Tories to be the last place to invest. After much prodding by the coalition parties, Mr. Harper did bring in a stimulus plan, albeit one marred by secrecy, pork-barrelling and the brazen use of taxpayer money to promote it.

In this election campaign, all these realities need not matter, not if you can create a parallel make-believe universe. The Conservatives are most proficient at this kind of thing. That's why a majority is well possible. 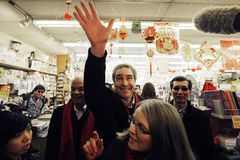 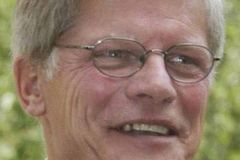