The only government that has sharply increased taxes is Quebec. The Jean Charest Liberals had upped the sales tax by two points. Now the secessionist Parti Québécois has raised capital gains taxes and personal income taxes on the better off – knowing, as all Quebec governments do, that francophones aren't very mobile and so must sit and take it.

Manitoba's NDP government just raised the sales tax by one point (a defensible policy), but then bragged in its budget speech about how much it had lowered taxes, how it was going to eliminate school taxes for seniors and how it would keep refusing to harmonize the provincial sales tax with the federal GST – very bad tax policy.

The NDP will still run a $500-million deficit, despite Manitoba's receiving 13 per cent ($1.7-billion) of its total revenues from equalization payments – in a province with a much lower unemployment rate than Ontario and British Columbia.

Generally speaking, however, it's hard to find an intelligent debate anywhere about taxes, even when a good case can be made that they should either be restructured – shifting to consumption taxes from business and personal taxes – or increased to meet serious social needs.

A critical debate that should be watched is occurring in the Greater Toronto Area. Anyone who lives there or visits frequently knows that the entire region desperately needs more mass transit. People have known it for years and years, yet no government has done enough about it.

Now, finally, the Ontario Liberal government of Kathleen Wynne appears ready to get more money from drivers – who use the roads, after all – to help pay for the billions of dollars needed to ease gridlock. It's a multi-decade requirement and it can't be dealt with by the "no new taxes" mantra of the Progressive Conservatives or the NDP's ducking of the issue.

Can tolls or taxes, or both, be sold when forceful voices such as Toronto's mayor (with whatever credibility he still has) and the province's Official Opposition and the federal Conservatives beat the drum that all additional revenues for the government are wrong, a burden on "hard-working taxpayers," to quote their favourite cliché? The country should watch.

The Harper Conservatives have a schizophrenic attitude toward taxes and spending. We know that the party's attack machine cares nothing for truthfulness, as in the consistent claim that the NDP is planning a "$20-billion carbon tax." We know, too, that whereas the party brags about lowering taxes and cutting spending, ministers and MPs spend every week that Parliament is not in session fanning out across Canada to participate in announcements of new spending initiatives.

The only politicians apparently prepared to contest this "no new tax" nostrum are certain New Democrats, but by no means all of them. Their favourite target for additional taxes is business, especially of the large variety. But even there, the NDP sometimes uses weasel words, as when Ontario NDP Leader Andrea Horwath declared that "Ontario will lose more than a billion dollars as corporations have ways to avoid paying HST."

She offered no details, analysis or explanation. It's just cheap populism: an imputation about a "free ride," the end of which would enable the government to spend more money. This kind of avoidance of straight talk gives the NDP – and all politicians who slide around reality – a bad name.

As the population ages, infrastructure wears out and the demand for public services continues unabated, citizens are going to have to pay more, through user fees (as for transit improvement), social insurance (the best way to finance drugs for seniors and better pensions) or higher consumption taxes. It's a reality not many citizens and their governments want to face.

Ontario will forge ahead with tolls despite local protest
May 11, 2018 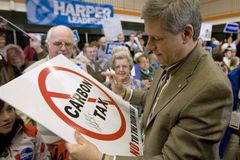 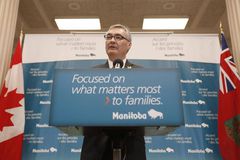 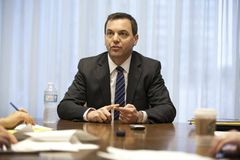