Coming out of high school, I broke my father's heart. Instead of attending secretarial college, the guarantee of immediate employment in those days, I enrolled in an undergraduate arts program at university.

Any of the jobs I would have trained for then would be obsolete by now (just as my dad's at long-gone Northern Electric), but the skills acquired through the liberal arts are still as useful as ever. Today, we may have a shortage of trades in Canada, and a gap between trades and needs in certain sectors, but the answer is not to sacrifice a commitment to university education, especially in the arts. Overall, all those BA graduates are still needed because, over time, they will continue to be among the most adaptable workers in an ever-changing economy.

In fact, the economic argument for arts, including social sciences and the humanities, remains strong. Like many undergraduates, I waitressed my way through school (at Smitty's, not Starbucks); eventually, the investment in a university degree paid off.

Labour-force surveys show that employment rates continue to be relatively high for BAs. Within a few years of graduating, they easily catch up in terms of earnings, to find employment in intellectually and socially stimulating areas, or go on to further training that requires the basics of an arts background. In fact, the core competencies they excel at – sharp and nimble thinking, effective communication, research and writing, the ability to create content – will never be obsolete.

What kind of jobs can they expect? University graduates in the social sciences (such as sociology, economics and political science) or in the humanities (think languages, literature and history) will be in the front lines for some of Canada's fastest-growing occupations, including finance, insurance, health and social services and the cultural industries.

Take English grads, for example: The cliché may be that they're starving writers haunting cafés. But the reality is that most of them are actually working in business and management, arts and culture, or information technology.

There's an added value to an arts education, and that's being able to make sense of a complex world in rapidly changing times. If you consider some of the big challenges to Canada's future – aging, immigration, global economic competitiveness, shifting power relations within and between countries – they're all areas that require abilities for curiosity, critical thought and creative insight.

Given the pace at which our economic and political landscapes are changing, social scientists are more important than ever. And the work of those "committing sociology" is integral to sound policymaking and to analyzing and reacting to dramatic events. Understanding context, and the human element of an equation, is the key to unravelling any problem, large or small.

The challenge of an aging population and its impact on health care, for instance, isn't going to be solved by medical science alone; it will need insights from a range of social science disciplines, from psychology to linguistics. And any sustainable growth in the resource sector will need to rely not only on engineers and scientists but also on geographers, historians, jurists and, yes, sociologists.

There's no doubt that university education in the arts contributes to a productive and effective work force. But there's also an intrinsic value in encouraging our graduates to contribute to an intellectually stimulated and engaged citizenry.

Over the long haul, that's a pretty good investment in Canada's future. I think even my father might agree.

Antonia Maioni is the new president of the Federation for the Humanities and Social Sciences. 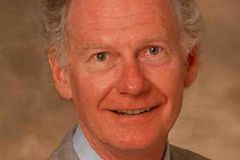 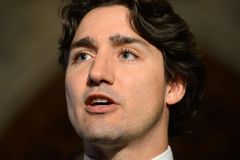