After incidents involving gun crime, such as this week's violence in Toronto, I often get asked to speculate about the problem. What are the shooters thinking when they open fire in a crowded shopping mall or at a neighbourhood barbecue? Why do they do it?

I usually respond by pointing out that this problem of pistolized criminality is relatively new to Canada, then ask for the funding and access to do proper research. Pistolization takes hold when cultural meanings are favourable to it, and we need to do more to understand the problem if we're to develop successful policy responses.

There are some serious questions here, though, and I would like to suggest some speculative answers.

One thing is glaringly obvious about gun crime: It is nearly always perpetrated by men. This invites thoughts about the problem's social-psychological dimensions.

We live in a culture that is saturated by visions of hyper-masculinity. Images of the heavily armed man pervade our entertainment media, and one constant is that the man with the biggest gun wins in the end. Even when guns are not the focus, our popular culture's films, books and music project a hyper-aggressive form of masculinity.

Mass news and entertainment media have profound consequences for gender-role socialization. The gun appears as proof of masculine identity. It is seen as a way to obtain empowerment, a key to status, wealth and women. Guns are understood to confer power and respect.

The cultural background to an event like this week's barbecue shooting in Toronto is one where the imagery of the gun has been superimposed onto the socialization processes that define masculinity.

This has implications at the psychological level. The gun is an obvious phallic image. Its display in criminal subculture is not merely an act of power; it is an expression of manly rage and bravado in the context of feelings of psychological impotence toward a world experienced as hostile.

I am not suggesting that the desire to own a gun is simply a form of penis anxiety. However, in a society where some men experience status anxiety because of social exclusion – perhaps due to racism or lack of economic opportunity – and where the culture has been significantly shaped by pistolization, then the gun becomes a vehicle for acting out.

The problem is still more complex than this explanation suggests. Another inescapable factor is North America's illicit drug economy. Drugs have become a principal economic resource for people without legitimate economic opportunity.

One important feature of the illicit economy is that the law of contract does not apply. If something goes wrong in a drug deal, if somebody steals your merchandise or poaches your customers, there is no formal legal recourse. You cannot call the cops. You cannot take somebody to court.

So in order to participate in the illicit drug economy, the capacity to use violence is very important. Violence enforces market share. It ensures that informal contracts are honoured.

For decades in Canada, when the availability of firearms was low, violence associated with the illicit drug economy was relatively muted. Now, for reasons we do not fully understand, firearms are becoming increasingly available. Drug economy violence has been ratcheted up.

So we have a poisonous mixture: A pistolized culture of masculinity. A socio-economic structure of exclusion. An illicit opportunity structure in the market for illegal drugs. And rising levels of gun availability on the streets.

There is probably even more to it than that, since society's reactions are often one-sided. Some people advocate cracking down on the drug economy. Some advocate drug decriminalization. Some say banning guns or bullets will work, or that we need stiffer penalties. Others want better social programs.

These policy struggles, playing out in the context of fiscal crisis, are most often discussed in hyper-masculine terms. Looking for the cheapest bang for the buck, we end up "combatting gangs" or "fighting crime" while going to "war on drugs."

These amount to attempts at repression. But repression does not solve problems; it displaces them. This suggests that the solutions become part of the problem.

This issue is extremely complex, but these speculations are the start of a plausible explanation to what has been taking place in Canada for some time. But they are only a start.

There is a demand for quick and easy solutions, and the solutions had better be cost-effective and inexpensive. There is impatience when the response from academic criminologists is for further research.

But in the face of such complexity, and to test our understanding, Canadians need to demand evidence-based policymaking. Rationality and reason are required, as well as political will. Gut instinct is no good.

Look around the world and you will see the results of reacting with gut instinct instead of taking time for level-headed research and calm reflection. Despite, or perhaps because of, the current mood of crisis, it is time to step back and coolly assess the situation.

James Sheptycki is a professor of criminology at York University. 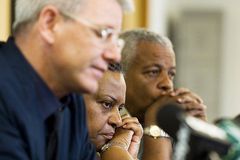 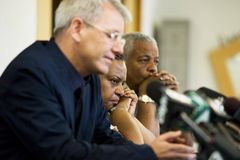 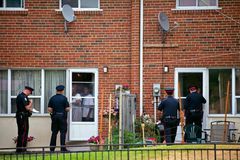