For much of the 1990s, Canada topped the United Nations' Human Development Index (HDI). Politicians declared we were the best place in the world to live. This year, Canada slipped to 11th place. What happened?

The HDI captures three dimensions of human development: health, measured by life expectancy, income and education. Since 1990 a handful of countries, such as Norway and Australia, have crept ahead of us in the life expectancy tables. This accounts for some of our declining performance. However the differences in health scores between Canada and its rivals are so small that they have little impact on the overall rankings.

The story for income is similar. In 1999, the HDI methodology was changed to give more weight to differences in income between rich countries, which boosted Norway's and the U.S.'s rankings relative to Canada's. However the HDI estimates are based on the natural log of per capita income, which tightly compresses rich countries' scores, so they have little room to gain or lose points on the income index.

The reason for Canada's decline is our falling education rankings. This is surprising because, according to the OECD, Canadians are amongst the most educated people in the world. The percentage of young Canadians in university or college is high and rising. But it's not about education; it's about the way the HDI education scores are calculated.

During the years when Canada was ranked number one, the education index was based on adult literacy levels and the percentage of people participating in primary, secondary and tertiary education. In developed countries, where almost all adults are literate (or assumed to be so), the education rankings were entirely driven by enrolment numbers. In the 1990s, faced with a dismal job market, many Canadians chose to stay in school, trying to get enough credentials to establish a toe-hold in the job market. Foreign students, along with immigrants looking for a Canadian qualification, further boosted enrollments. We had as many people in education as we did young Canadians, earning us a perfect "100" enrolment score, and securing our "best place in the world to live" bragging rights.

It was in the 2000s, during Canada's long economic boom, that Canada's HDI score started dropping. Between 2000 and 2003, as people moved out of school and into the job market, our enrolment ratio fell from 100 to 94, and Canada slipped from 1st place in the rankings to 8th. But as recently as 2009, with an enrolment ratio of 99, we achieved 4th place on the Human Development Index.

Canada's fall to 11th was caused by a 2010 change in education measurement. The education ranking is now based on two factors: adults' average level of schooling, and the number of years of schooling children can expect to receive.

How do New Zealand children end up with four and a half years more schooling than Canadian ones? The answer is on the UNESCO web site, where the original numbers behind the HDI rankings can be found. The expected years of schooling numbers include pre-primary education. This is where Canada, without a national full-day kindergarten or child care program, falls behind other countries. (The merits of expanding pre-primary education, however, are something on which intelligent people disagree.) Moreover, the UNESCO education numbers have not been updated since 2002. During that time Ontario has introduced all-day kindergarten, Quebec's $7 per day child care program has expanded, and the percentage of students going on to post-secondary education has been rising steadily. None of that growth is factored into the HDI numbers.

Digging through the data yields more surprises. The old human development rankings have been recalculated, using the new measures of education and income. According to these revised numbers, Canada was never the best place in the world to live. The adjusted rankings consistently put Australia and the U.S. ahead of Canada. Our 2000 ranking, for example, has been revised downwards from first to seventh.

Do these revisions call into question the whole HDI enterprise? No. The aim of the Human Development Report was to shift policy makers' attention away from a narrow focus on GDP and growth, and towards a more general conception of well-being. It aimed to stimulate public discussion and awareness of what it means to have a good life, and the nature of economic development. Despite its limitations, the Human Development Report has succeeded in achieving these goals. 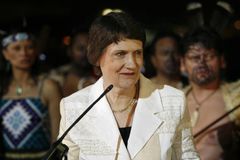