In his official statement on National Child Day, Prime Minister Justin Trudeau said: "Each child deserves to be raised in an environment that is free of violence, discrimination and exploitation."

So why does Canadian law still allow parents to spank their children?

Why has the Liberal government not yet moved on its vow to outlaw corporal punishment, made a year ago as part of a promise to implement all 94 recommendations of the Truth and Reconciliation Commission?

The TRC, quite rightly, called corporal punishment a "relic of a discredited past that has no place in Canadian schools or homes."

Related: Spanking: Time to get rid of an archaic form of discipline

Read more: A ban on spanking: Who'd be hurt the most?

Yet, as Kathy Lynn, chair of Corinne's Quest, notes in a recent article published by the Vanier Institute of the Family, section 43 of the Criminal Code remains in place.

The law, which has changed little since it was introduced in 1892, reads as follows: "Every schoolteacher, parent or person standing in the place of a parent is justified in using force by way of correction toward a pupil or child, as the case may be, who is under his care, if the force does not exceed what is reasonable under the circumstances."

There have been numerous attempts to scrap this law over the years, including 17 private members' bills since 1994, but all have failed.

The opposition comes from two main quarters: Conservative groups who believe parental rights trump children's rights and the state should mind its own business and, to a lesser extent, education groups who believe teachers must sometimes intervene physically (for example when students are fighting) and fear the absence of this provision would see them charged with assault.

Section 43 was even challenged as a violation of children's rights, but the law was deemed constitutional by the Supreme Court of Canada in 2004. The court, however, did put some strict parameters on the doling out of punishment, saying that it must be "corrective," "transitory and trifling in nature" and "not stemming from frustration or anger."

Since then, there has been a significant body of research showing that the real harm from spanking and other forms of corporal punishment is not the immediate physical harm, but the lasting psychological harm.

Spanking, or otherwise hitting a child, is at best ineffective and at worst harmful.

A large study by the American Academy of Pediatrics found that children who had been subjected to harsh physical punishment like spanking and smacking had significantly higher rates of mental illness, as well as drug and alcohol abuse when they grew up. (To be clear, this is a correlation, not proof that spanking causes depression and anti-social behaviour, but it is nonetheless troubling.)

Even if you are not convinced that hitting a child should be illegal, or considered morally wrong, there is strong evidence that it doesn't work.

Corporal punishment, presumably, is supposed to correct behaviour. But causing pain and engendering fear is not the way to teach a child a lesson. Actually talking to them about why a behaviour is wrong actually works a lot better, though it takes more time and requires patience.

In other words, effective discipline is about teaching and guiding, not using force to get someone to obey.

Throughout history, Canadian law has permitted and legitimized all manner of violence against beings seen as inferior. At various points in history, the physical punishment of slaves, servants, sailors, apprentices, prisoners, wives, dogs and children has been permitted.

Cultural norms and laws have evolved so that these once-commonplace practices have been banished, with one exception – children.

Just because something is constitutional does not mean it is desirable or acceptable.

It is well past time for the government to step up and repeal section 43 of the Criminal Code – to afford children the same protections from assault as adults.

As Ms. Lynn of Corinne's Quest says, "It is a national embarrassment that this law is still on the books."

To date, 51 countries around the world have outlawed spanking and other forms of physical punishment of children.

It is time for Canada to follow suit, to dispense with what the Canadian Medical Association Journal called an "anachronistic excuse for bad parenting." 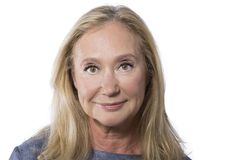 Opinion
Spanking: Time to get rid of an archaic form of discipline
December 25, 2015 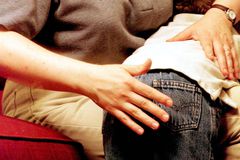 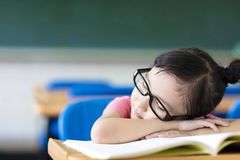