In denying donor-conceived people the right to know their origins, the B.C. Court of Appeal has taken an ignoble step backward.

On Tuesday, the court ruled that government has no obligation to provide children of assisted human reproduction an accurate record of their identity and medical, social and cultural history. Instead, the adults who sell or donate their sperm, eggs and embryos may continue to remain anonymous to their genetic offspring.

Consequently, unlike most other Canadians, people such as the litigant, Olivia Pratten, must continue to be content with an inaccurate birth certificate.

This judicial decision flies in the face of both the international trend and a parliamentary declaration. Since 1985, 10 jurisdictions (seven European nations, two Australian states and New Zealand) have formally prohibited anonymous gamete donation and anonymous embryo donation.

Within Canada itself, Parliament in 2004 recognized and declared that "the health and well-being of children born through the application of assisted human reproductive technologies must be given priority in all decisions respecting their use."

Indeed, the lower court ruled, in effect, that if children's interests come first, then anonymity must go. After reviewing affidavit evidence from experts and hearing from counsel, the lower court concluded: "Based on the whole of the evidence, assisted reproduction using an anonymous gamete donor is harmful to the child, and is not in the best interests of donor offspring."

The lower court also decided that, because offspring are like adopted children in having similar needs to know their birth parents, they should be treated equally. They should have the same rights as adopted people to the creation, preservation, updating and disclosure of identifying and other information about their birth parents.

But the appeal court overruled that opinion, holding that British Columbia is under no obligation to treat these similarly situated people in the same way.

Rather than compare offspring with adoptees, the court compared them with naturally conceived children whose mothers don't know the identity of the child's father or won't not tell their child his name. Instead of holding physicians and commercial operators to the professional standard of adoption practice that promotes and protects the best interests of the children, the court reached down to a standard of private individual behaviour that's hardly commendable.

In fact, the appellate court seemed more concerned for adults than children. The court claimed that a decision to treat offspring like adoptees "would result in state intrusion into the lives of many." By contrast, the lower court had denounced anonymity and secrecy because they tip "the balance heavily in favour of donors and parents, and away from the best interests of donor offspring."

The best interests of children lie in having the right and opportunity to know their identity. The medical evidence offered to the lower court by medical geneticist Julie Lauzon was clear: Without half of their family medical history, people are prevented from fully benefiting from early detection of disease, improved treatment and optimal health promotion with targeted prevention and screening strategies. Anonymity can lead to unwitting incest and its negative effects for resulting children.

Even if one cares more for adult procreators than the resulting children, it's important to ban anonymity. Biological parents can learn they have a genetic condition when their child develops symptoms. Such vital information can be communicated only if the donor and offspring can be linked through records and knowledge of each other. For example, a 23-year-old man learned that he has a serious genetic heart condition called hypertrophic cardiomyopathy only after one of his offspring was diagnosed with the same condition.

The appeal court has missed a wonderful opportunity to recognize the equal rights of adoptees and offspring. Instead, it has delayed justice for people who are intentionally created, and will be most affected by anonymity for the greatest time.

Olivia Pratten says she will now appeal to the Supreme Court of Canada. She will try again to cause government to grant offspring what most others take for granted: the right and opportunity to obtain a birth certificate that tells the truth about their genetic parents.

In bringing this case to our highest court, Ms. Pratten challenges us to consider an essential aspect of donor conception. The decision by adults to experience parenthood can entail for a child a significant and lifelong loss: the deliberate and intentional separation from their genetic parent and extended family. Though adult donors might regard their contribution to a child's conception as "just an egg or sperm," the child is entitled to view it otherwise.

In the reproductive technology business, some people say adults have a right to have a child no matter what the cost. Arguably, legislatures and the judiciary have a moral duty to investigate the costs to prospective children and to take steps to reduce them.

The appeal court decision is a disappointment but, fortunately, not a conclusion. "The arc of history is long but it bends toward justice."

Juliet Guichon is an assistant professor in the faculty of medicine at the University of Calgary and senior editor of the coming book, The Right to Know One's Origins: Assisted Human Reproduction and the Best Interests of Children. 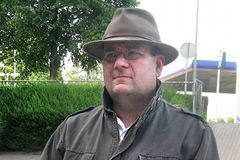 Opinion
The interests of children conceived through egg and sperm donation must be protected
February 21, 2012
Follow us on Twitter @globedebate Opens in a new window
Report an error
Due to technical reasons, we have temporarily removed commenting from our articles. We hope to have this fixed soon. Thank you for your patience. If you are looking to give feedback on our new site, please send it along to feedback@globeandmail.com. If you want to write a letter to the editor, please forward to letters@globeandmail.com.
Comments