The cheeky monkeys of this land have been doing what cheeky monkeys will always do, if given a pen and a piece of paper they're not supposed to deface: They began drawing. They took $5 bills and added a pointy ear, a stern eyebrow and an unforgiving fringe …

Bingo. Suddenly Wilfrid Laurier became Mr. Spock; the first francophone prime minister became the first officer who tried to prevent his captain from speaking the language of love across the known universe.

The "Spocking" of Canadian fivers is a long-standing practice, but it was revived last week following the death of Leonard Nimoy, the American actor who played Mr. Spock on Star Trek. It was a loving and mischievous way of paying tribute, and it gave me an idea: On the eve of International Women's Day, why shouldn't we doctor our money so that it honours great Canadian women who have given so much to this country? Hacking Chicks, if you like.

I've already started, thanks to my trusty Sharpie and the very tiny stack of $20 bills in my possession. Where there was once the Queen, there is now Joni Mitchell. All it took was a few pen strokes to create a curtain of hair; the magnificent scowl didn't need any work.

We know, thanks to the international attention on Spocking, that it is not illegal to draw on our bank notes. It's not exactly encouraged, but it's not a form of protest that will land you in jail (unlike pipeline protests, for example). "The Bank of Canada feels that writing and markings on bank notes are inappropriate as they are a symbol of our country and a source of national pride," a spokesperson told the CBC.

Let us take matters, and markers, into our own hands. I’m going to start by writing “Roberta” in tiny letters on the $5 astronaut’s space suit, so we all know it’s Ms. Bondar. It will help me forget the headline I once saw in a New Brunswick paper celebrating Canada’s first female astronaut: Our Gal In Space.

Oh, Mackenzie King, I have such plans for you: A little bit of a bouffant over your noble pate, a collar of fur over your shoulders, a tasteful touch of lipstick and poof – you're Bertha Wilson, the first woman to sit on the Supreme Court of this country.

And you, Sir John A. Macdonald, what fun it will be to turn you into Emily Stowe, pioneering doctor and suffragist, who so loathed your divisive National Policy. She was also a bit of a temperance activist, I'm afraid, you old souse – but at least you'll get to have hair again. Who says feminists have no sense of humour?

Think of the new slang opportunities this would open up. In the same way that Americans refer to $100 bills as Benjamins, we'd have much cooler names for our money: "Mom, I need an Alice for lunch today," or "Hey, girlfriend, I could use some change. Can you give me five Margarets for a Susanna?"

Rather than holding our money up to disrepute, this project would help the Bank of Canada fulfill its clearly stated mandate for the design of banknotes, which is to ensure that "the diversity of Canadian society, culture and achievements are celebrated." It has not been so great at the "diversity" part thus far. So it falls to us, and our doodling skills.

Is it really all that important who's on our money? Absolutely it is: Women's contributions to the building and shaping of this country are ignored in dozens of ways, from the lack of public monuments and portraits to the dearth of schools named for them to their exclusion from history books. We take our money for granted in the same way we take this historical vaccuum for granted.

There are so many worthy subjects for this hack, once you think about it. Historical or contemporary, east to west. I'd suggest drawing Ontario Premier Kathleen Wynne, for launching a bold new action plan to combat sexual violence, but I fear she'd give me a stern talking-to, being a former school trustee and all.

So choose your heroes and draw away. Mr. Nimoy, a feminist who once fought for equal pay for co-star Nichelle Nichols, would surely approve. I’ll be over here if you need me, turning Wilfrid Laurier into Carole Pope. 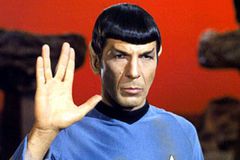 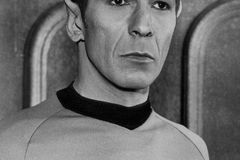 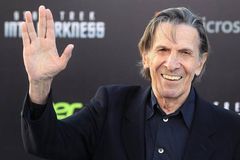