There's an assumption that, if you haven't yet seen The Social Network, Aaron Sorkin's hit movie about the launching of Facebook, you're a bit of a loser.

To which the proper response might be, "So I'm a loser. Big whoop. At least I know that a rat can cook."

Allow me to explain.

According to the philosopher Alain de Botton, humans are steeped in "status anxiety." Most people agonize over how others judge us. Being social creatures, we'll always care about the way we're perceived. The question is: Can we care less?

In The Social Network, Harvard student-turned-Facebook founder Mark Zuckerberg strives not to care. He fails - spectacularly.

His best friend is on the verge of getting into an exclusive fraternity, while the Zuckerberg character, courted by no swanky club, self-inflicts further humiliation by driving his girlfriend nuts. She dumps him. For solace and revenge, our boy wonder adopts an explosive alchemy of ambition and algorithms. Hence the birth of a multibillion-dollar venture.

But it's not just one entrepreneur's dream. Facebook helps incubate the reputation of every user, tapping into base emotions: our aspiration for approval and our tormenting fear of being deemed pathetic. To the end, the Zuckerberg character struggles to regain respect for himself, if he had any at all.

However fictionalized this particular drama, a real burden confronts our vulnerable humanity. We instinctively know what it means to survive. What, though, does it mean to succeed?

I walked out of the theatre thinking about Socrates. The Greek philosopher relished people's nasty opinions about him. To guard against society's becoming mentally lazy and morally arrogant, he interrogated his fellow Athenians. Not exactly a way to win friends.

Socrates attended the debut of a play and realized that the tale revolved around mocking him. Legend has it he stood up mid-performance, not to storm out but to stand out. He wanted to make himself an even easier target.

Which enraged his detractors more. They ridiculed him as a gadfly, an insect that flits around, crawls under the skin and irritates to the point of inviting a swatter. Socrates embraced the label. Gadflies, after all, annoy packs of mules.

He believed that's what too many citizens had become. Mr. de Botton tells us that Socrates was asked by an onlooker in the marketplace, "Don't you worry about being called names?" Socrates reportedly shot back, "Why? Do you think I should resent it if an ass had kicked me?"

Ultimately, his haters sentenced Socrates to death. The charge: corrupting youth by replacing the traditional gods of worship with a new god - one's conscience. He drank the hemlock that killed his body but not his legacy.

Here's the paradox: Socrates achieved iconic status by being free of status anxiety. He never buckled to the envy of others. This is how he acquired self-knowledge. This is what illuminated his uniqueness. And this is why we know his name today.

I realize that Socrates can make for pretty tough reading. You might prefer going to the movies. In that case, skip The Social Network. Instead, rent Ratatouille, the gorgeously animated saga of Remy, a young French rat who accepts himself for everything he is, including one heck of a chef.

The odds of success couldn't be lower. His father disapproves, pressing Remy to accept the rodent's supposed fate of scrounging. The inept dishwasher whom he befriends goes hot and cold on Remy, often transferring his own esteem crises to the saviour from the sewer. The restaurant's proprietor, caving to fast-food culture, spurns any effort at culinary excellence and schemes to squash Remy. And the ghost of the restaurant's founder pushes and prods Remy to stay true to his purpose. But what's the recipe for self-awareness?

Above all, the most famous food critic in France, a harsh crank who lives to demolish dreams (for he's lost sight of his own), is coming to dinner. The restaurant's future rides on his every terrifying word. Or so he'd have Paris believe.

Throughout the adventure, status anxiety gets turned on its head. Like Socrates the gadfly, Remy the rat teaches us that purpose is attained - and sustained - by liberating yourself from the politics of others.

The timeless bottom line? "Friend" yourself before you can love your social network. 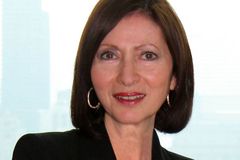 Opinion
Privacy should go hand in hand with transparency
August 18, 2010 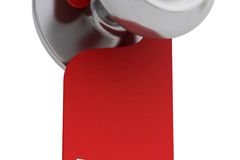