Remember when Russia was ruled by godless communists who persecuted believers? How times have changed: In the latest Moscow show trial, three punk rockers who sang a protest song in a church face prison time for insulting religion. The one constant between then and now is a state hostile to free minds and free speech.

The prosecution of the singers from the all-female band Pussy Riot represents a new low in political repression in post-Soviet Russia. But it is also a cautionary tale about the entanglement of church and state.

On Feb. 21, in the midst of Vladimir Putin's campaign to reclaim the presidency, Pussy Riot brought its guerrilla theatre to Moscow's Cathedral of Christ the Saviour. Wearing their trademark colourful short dresses and balaclavas, the young women ran out in front of the altar and began a song-and-dance act that opened with a "punk prayer chant."

"Mother of God, Blessed Virgin, deliver us from Putin."

Subsequent lyrics – only a small portion of which were audible before the group was hustled away – denounced the close ties between the church and the regime: "The head of the KGB is their patron saint."

Maria Alekhina, Nadezhda Tolokonnikova and Yekaterina Samutsevich were convicted of "hate-motivated hooliganism" and sentenced to two years in prison. The trio were held without bail, even though two of them have small children. There was no jury, and the judge showed blatant bias against the defence throughout the trial.

This case is clearly political, and is part of a larger crackdown on discontent. Yet it is also no accident that the group's performance in the cathedral – and not, say, an earlier protest in which they sang a vulgarity-laced anti-Putin song in Red Square – was singled out. Turning dissent into sacrilege, the indictment accused the women of malicious intent to "demean the feelings and beliefs" of Orthodox Christians; in his closing argument, the prosecutor asserted that their lyrics "blasphemed against God."

What makes this all the more surreal is the fact that Russia's present rulers, from Mr. Putin on down, are heirs to an atheist state under which faith was repressed and stigmatized. After the fall of the Soviet Union, religious freedom briefly flourished. Then, with a neo-authoritarian revival, religion began to replace communism as the ideology of state power. (Pussy Riot's alleged offences also include "belittling the spiritual foundations of the state.")

While the Russian constitution ostensibly affirms the separation of church and state, current law singles out the "special" place of Orthodox Christianity. Politicians routinely affirm their piety – Mr. Putin claims, hilariously, to have been a cross-wearing believer in his KGB days – and attend church services that are broadcast on state television.

Church leaders, meanwhile, pay tribute just as ostentatiously to Russia's rulers. During last spring's farcical presidential campaign, Patriarch Kirill, the head of the Russian church, urged the faithful to vote for Mr. Putin and shun protest rallies. Church leaders have not only praised the authoritarian Russian state as a model of social harmony but endorsed repressive acts, from bans on gay pride events to curbs on "offensive" expression.

In 2005, the church pushed for the prosecution of museum staffers who organized an art exhibition critical of religion – and for dismissal of charges against nationalist goons who vandalized the exhibits. (The museum workers were convicted of "inciting hatred" and heavily fined.) Today, church spokesmen have demanded punishment for the Pussy Riot singers.

In a July poll, only 20 per cent of Russians familiar with the criminal case approved of the church's stand. Yet a disturbing 37 per cent felt the women deserved at least some prison time. More alarming, more than a quarter said Russians should not be able to criticize the church.

All this might seem irrelevant to America, whose religious pluralism couldn't be more different from Russia's history of state religion and state atheism. Yet, when some conservatives speak of a "Christian nation" and decry the "fiction" of church-state separation, Russia should be a warning. In his 1983 "Evil Empire" speech, former U.S. president Ronald Reagan contrasted communism's rejection of God with the faith-based "human quest for freedom."

Thirty years later in Russia, communism is gone, and God is back – and freedom is squelched in His name, too.

Cathy Young is a contributing editor at Reason magazine and the author of Growing Up in Moscow: Memories of a Soviet Girlhood. 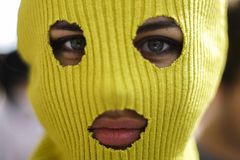 Why Pussy Riot honours the struggles of women everywhere
August 21, 2012 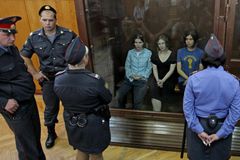 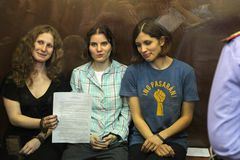