Ten years ago, I established AmmanNet, the Arab world's first Internet radio that used technology to create audio and text content freely. Independent radio didn't exist in Jordan at the time, and it still doesn't in most Arab countries. The only stations allowed then were governmental. Terrestrial radio and TV broadcasts in most Arab countries is still a government monopoly spewing cheap government propaganda.

With the help of Palestinian FM radio stations, we were able to circumvent restrictions by having Jordanians listen to independently produced broadcasts created in Jordan - we were thus able to do something illegal, but in a totally legal way. Since then, Jordan has allowed us and others to broadcast on FM while our website and tens of new websites continue to challenge traditional media.

More than a year ago, the Samir Rifai government banned all state institutions and public universities from accessing Jordanian websites, including ours. Jordanian demonstrators, picking up the vibes from Tunisians and Egyptians, demanded democratic change, including freedom of expression. On Feb. 1, King Abdullah II dismissed the government. One of the first decisions of new Prime Minister Marouf al-Bakhit was to lift the ban on all our websites in Jordanian public institutions. This week, Interior Minister Saed Hayel Srour said restrictions on the freedom of assembly will be relaxed.

Despite these small changes, restrictions on freedom of expression and assembly still continue. Much more work is needed in Jordan and many other Arab countries to reach the coveted democracy.

Change in many Arab countries hinges on their people's being able to enjoy two basic rights enshrined in the Universal Declaration of Human Rights: freedom of expression and assembly. Totalitarian Arab rulers have denied their people these rights. Emergency laws that have been on the books for decades have allowed detention without civilian trial and denied citizens the basic right to demonstrate. Freedom of expression has been gagged by repressive laws, as well as by government monopolies over the mass media. Governments also use censorship or soft sponsorship to control local media content. And draconian insult laws prevent criticism of local institutions and leaders, as well as friendly governments.

Using a multitude of laws and regulations, Arab governments have succeeded until recently in banning any form of assembly, of creating independent parties or unions or other associations. Licensing non-governmental organizations is strictly regulated by governments, and often allowed only when controlled by pro-government individuals.

Courage is contagious, and the courage observed in the Tunisian and Egyptian streets is spilling over to other Arab capitals. But while Arab youths are learning from the actions of their compatriots, Arab rulers are learning from what happened to their fellow leaders.

The battle in the coming weeks and months will be won or lost based in large part on the abilities of Arab peoples to assemble and to express themselves freely. The guarantee of these two basic rights is a must for the success of the Arab population's regaining control and sharing in the decision-making process of their own countries. U.S. President Barack Obama captured the feeling of ordinary Arabs when he said the people of Egypt have "spoken and their voices have been heard and Egypt will never be the same." And what happened in Tunisia and Egypt should not stop at the borders of Egypt.

The time, meanwhile, has come for an end to American hypocrisy in its foreign policy, especially in the Middle East. The universality of human rights, not narrow interests, must become the standard, not the exception. If the U.S. and other Western democracies want to see democratic change in countries such as Syria, Libya and Iran, they must be sure that pro-American countries such as Yemen, Algeria, Jordan and Bahrain are not allowed to violate their own people's right of assembly and their freedom of expression.

Daoud Kuttab, an award-winning Palestinian journalist, is the former Ferris professor of journalism at Princeton University.

Opinion
Turning on the light of Muslim science
February 21, 2011 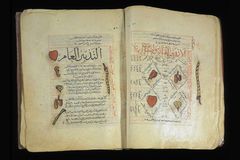 Opinion
For Arabs, the challenge of democracy starts with the family
February 18, 2011
Follow us on Twitter @globedebate Opens in a new window
Report an error Editorial code of conduct
Due to technical reasons, we have temporarily removed commenting from our articles. We hope to have this fixed soon. Thank you for your patience. If you are looking to give feedback on our new site, please send it along to feedback@globeandmail.com. If you want to write a letter to the editor, please forward to letters@globeandmail.com.
Comments