Canada's Supreme Court is in a jam. With the controversy swirling over the appointment of Justice Marc Nadon, the high court now finds itself down a judge and faced with the uncomfortable position of having to decide a reference about the legality of appointments to itself. This is the result of the federal government's mishandling of the Nadon appointment and the failure of the Supreme Court appointment reform begun more than a decade ago.

The reforms originated in the "democratic deficit" agenda championed by the Reform Party and appropriated by Paul Martin. Changing the way Supreme Court appointments were made was supposed to rein in prime ministerial power and make those appointments more transparent and accountable. But they've completely failed to live up to these intentions. In fact, they've had the opposite effect: They have exacerbated Canada's democratic deficit.

The reforms began when the new Conservative government appointed Justice Marshall Rothstein from a short list prepared under the outgoing Liberals, but decided that he would face a "hearing" before an ad hoc committee of MPs (as opposed to an actual parliamentary committee). Justice Rothstein performed swimmingly, despite his inability to answer any questions in the language of Molière. Critics of the process – there are many in the legal profession – widely view him as having done too good a job.

It is hard to blame Justice Rothstein for being smart, thoughtful, funny and down to earth, qualities he displayed in the first and most watched parliamentary hearing. But the hearings have since denigrated into a legal equivalent of a Seinfeld episode: a hearing about nothing – or at least nothing of legal significance.

This reached a nadir last year, when Justice Richard Wagner refused to opine on the "living tree" doctrine of constitutionalism, which goes back to the 1929 Persons Case. The doctrine is perhaps the most famous and broadly accepted doctrine in Canadian constitutional law. That Justice Wagner refused to even say something anodyne about such a general and widely accepted doctrine showed the utter lack of substance to the process.

While these hearings may be low on substance, they have been high on what might be called "colour," or background. We learned that Justice Rothstein worked as a railway dining-car waiter, that Justice Andromache Karakatsanis worked in her family's restaurant and that Justice Michael Moldaver worked a number of summers fixing and paving roads in Peterborough. And, of course, we learned that Justice Nadon was "drafted" by the Detroit Red Wings as a youth hockey player. We don't need a parliamentary committee to reveal such information – it could easily be accomplished in a one-on-one with Peter Mansbridge.

While Justice Moldaver was being assailed for his lack of French and Justice Karakatsanis for her relative appellate court inexperience, it struck me that the problem with these hearings was that they were all about a certain type of transparency and no accountability. They have succeeded in shining a light on the nominee – to some degree – but they have completely failed to shine a light on the process by which the nominee was selected. In this, they have utterly failed in bringing accountability to the exercise of prime ministerial power.

The wrong person is on the hot seat. It should be the justice minister, not the nominee, explaining the selection. As it stands, the process has actually led to less accountability: By putting forth the nominee to be interrogated, successive justice ministers have completely escaped having to explain their decisions.

For weeks, while the Nadon controversy was swirling, all Minister of Justice Peter MacKay would say was that Justice Nadon was selected for his "legal excellence." That is at best a hollow phrase which explains nothing. It wasn't until the end of October, a full month after the announcement of the Prime Minister's nomination of Justice Nadon, that Peter MacKay took to the op-ed pages to explain why he believes Justice Nadon was qualified for appointment to the Supreme Court. Even here, he was willing to provide just two sentences about Justice Nadon's qualifications to sit as a justice on the nation's highest court. He used the process of appointment to obscure rather than explain the basis for Justice Nadon's appointment.

Perhaps the baby should be thrown out with the bathwater. But there is another solution.

In 2004, then-justice minister Irwin Cotler appeared before an ad hoc committee to explain the process he undertook to recommend the appointments of Justices Rosalie Silberman Abella and Louise Charron to the Supreme Court. Mr. Cotler also explained why he had chosen these two judges, explaining their professional and personal characteristics that suited them for appointment to our highest court, including highlighting some of their decisions as members of the Ontario Court of Appeal. Mr. Cotler was then questioned by the members of the committee.

That process would be much better than the charade we have now.

Adam Dodek teaches at the University of Ottawa law faculty and is a founding member of the Public Law Group. He is author of The Canadian Constitution. 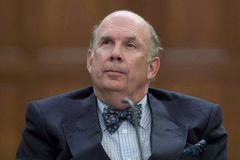 Nadon already has office at Supreme Court despite dispute over nomination
October 31, 2013 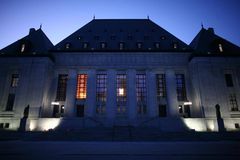