If you had picked up this newspaper 40 years ago, you would have been confronted with the widely accepted fact that the world was about to be dominated by hippies and Marxist radicals.

This made perfect demographic sense: There were an awful lot of them about; theirs was the leading culture of the postwar baby boom; they instilled their beliefs in their kids and altered the education system to their advantage, and therefore they and their even more numerous and hairy children would form the core of the Western world's population.

There was a bestselling book in 1970, The Greening of America by Charles Reich, arguing that left-wing hippies would become the world's dominant culture. That seemed to be borne out during the next five years by a string of terrorist attacks (which remain the largest terror barrage to have struck the United States and Germany) carried out by hippie radicals.

A decade later, the election of Ronald Reagan, Margaret Thatcher, Helmut Kohl and Brian Mulroney by those hippies came, therefore, as something of a surprise.

We are constantly forgetting an important lesson: People do not remain the same. And our children are not what we are. Culture is not a cause, but an effect.

Here in Britain, the myth of continuity has had an explosive renaissance with a book by the English political scientist Eric Kaufmann bearing the provocative title Shall the Religious Inherit the Earth? (It will soon be published in Canada.) Not to give away the ending, but his answer is "Yes."

Mr. Kaufman's enjoyably argued thesis, the subject of great media attention and shouts of alarm in this deeply non-religious country, begins with the truism that the most fundamental adherents to Abrahamic faiths believe in having more babies than the rest of us. To this it adds the statistical observation that most other families in the Western world, and in developed Eastern countries, are having fewer than two children, and extrapolating, after some very interesting analysis, that religious fanatics and their culture will soon be dominant.

His examples are disparate: In the generally very secular nation of Israel, he points out, Orthodox Jews have gone from being a tiny minority to a third of the primary-school population, due to a birth rate even higher than that of Arabs. Hutterites have gone from 0.7 per cent of the population of Canada's Prairies in 1951 to almost 8 per cent today. Mormons now make up three-quarters of Utah's population, despite large-scale immigration of non-Mormons, because of their penchant for large families.

Refreshingly, Mr. Kaufmann doesn't subscribe to the most popular version of this thesis, the one about baby-mad Muslims becoming a majority in Europe. In fact, he does the best statistical job I've yet seen of demolishing the "Eurabia" fairytale, showing that even in a worst-case scenario, followers of Mohammed will never make up more than 8 per cent of Europe's population. His is a nuanced, scholarly attempt at claiming we'll soon be swamped.

Actually, he doesn't really claim that "the religious" will take over the world. It's hard to avoid noticing that the countries with the highest rates of religious observance - Poland, Italy, Iran - have sharply negative population growth rates, and that the very religious United States has not become more so. No, he's referring to the ultra-orthodox groups within any faith: neo-Calvinist Christians, Muslim Salafists, ultra-Orthodox Jews.

These groups, he warns, will join together across faith lines, and "set the stage for a new era of religious politics, an unprecedented European desecularization."

His argument depends on showing that religious fundamentalists are more likely to pass on their beliefs to their offspring than otherwise. Here, though, his proof is weakest. Much of his case rests on Muslim immigrants in Britain and the Netherlands, who have children more religious than themselves (though those in France, coming from the same places, have overwhelmingly non-religious children). This seems more like a one-generation effect of momentary politics and economics than a universal truth: Vague religious identity may pass between generations these days, but orthodox adherence? I'm not seeing it.

His core argument is almost identical to the theory, held by respectable scientists until about a decade ago, that stupid people will inherit the world, for the well-documented reason that people with lower intelligence scores always have more children. But it has now been shown, over and over, that despite this, intelligence scores have been rising, in all nations and cultures, throughout the past 60 years. The only possible conclusion: Children of stupid people are not stupid people. 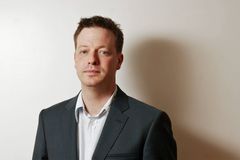