U.S. President Barack Obama seems set to enter the swamps of Syria, with the Canadian government offering political support, without an answer to the question: What next after the bombs fall and the missiles fly?

For three years after the civil war began, Mr. Obama refrained. He promised humanitarian aid and delivered a little. He belatedly promised arms to rebels and delivered some – at least to rebels deemed to be "good guys" as opposed to the rebels, such as al-Qaeda supporters, who are "bad guys."

He declared that Syrian dictator Bashar al-Assad had to "go," but understood that removing him would likely require a huge U.S. commitment up to and including "boots on the ground," a deployment that would draw his country into a civil conflict of almost unfathomable complexity.

Which leads to the obvious question: Why now, suddenly, does Mr. Obama propose air strikes?

Previous U.S. and British intelligence reports had suggested perhaps a dozen previous uses of chemical weapons since the war began. This prompted the President to draw a "red line" around further use of chemical weapons. When leaders draw red lines and they are crossed, they feel compelled to act. Which is where we are now, after the largest use of chemicals by Mr. Assad's government.

Even this red line is imperfectly drawn. British intelligence says there were "at least 350 fatalities." Mr. Obama says it was "well over 1,000 people." And U.S. Secretary of State John Kerry says, with absurd precision, that 1,429 people died, including 426 children, a number apparently plucked from an unreliable Syrian source called the Local Co-ordination Committees.

By chemical weapons or other means, such deaths are terrible. But there have been tens of thousands of them so far in Syria's civil war. Mr. Obama now declares this particular use of chemical weapons to be the "red line" requiring a U.S. military assault. By delaying so long, and now deciding to seek congressional approval, he has given Mr. Assad's regime plenty of warning to disperse its assets. Even if the assault does damage, it will in no way clarify or decisively swing the conflict militarily.

For that to happen, Washington and its allies – another coalition of the willing – would truly have to enter the fray, which they are not prepared to do. They certainly are not going to do an Iraq or an Afghanistan, sending masses of troops and weaponry into a confusing, bloody conflict, with no assurance of a decisive outcome.

It is easy to argue, as many high-minded and sincere people have, that the United States should do something to stop the immediate killing, without proposing anything concrete or viable as to how.

The Bosnian and Kosovo war analogies – bomb them to the bargaining table – has no force, since by bombs alone Syria's hellish war will not end. Nor is the North Atlantic Treaty Organization capable of being mobilized, as it was in the European theatre.

Vali Nasr, an outstanding scholar at Johns Hopkins whose argument is shared by many, puts the case for robust intervention this way: Failure to act "decisively and in a timely manner" to "mortally wound the Assad regime" would show that the United States is "no longer keen on leading the world." Lack of such action would "embolden America's allies and deject its friends." Moreover, "there can be no resolution without American leadership."

This is precisely the line of thinking that has gotten the United States into trouble before: International crises are all tests of American "leadership." It presumes that Washington can resolve all problems with "decisive action." Failure to intervene massively – which is what it would take to "mortally wound" the Assad regime – would demonstrate weakness.

It is a variance of the classic domino-theory trap: If the U.S. doesn't act, it cannot be counted upon to do so in another situation, and another, until instability reigns.

The United States remains the world's undisputed military leader. It can act whenever it wants. Reluctance to do so in one case – this one – is not necessarily a test case for its leadership. Instead, it may reflect a mature, realpolitik judgment that no one yet has defined, or can define, what comes after the bombs and missiles fly. 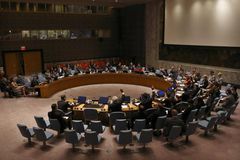 Syria aside, here’s why this week’s Russian G20 summit could be a success
Subscriber content
September 3, 2013 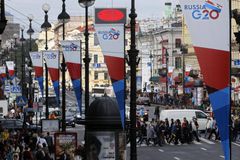