Ron Atkey teaches national security law at Osgoode Hall Law School, York University. He is a former minister of employment and immigration, and was the first chair of the Security Intelligence Review Committee (1984-89).

There is something organic and uniquely Canadian taking place across this country as public support grows for decisive action in the wake of the photo of a body of a Syrian refugee child washed to shore on a beach in Turkey.

Yes, the faith-based groups have been out in front. And provincial governments are jumping on board with significant financial contributions toward Syrian refugee resettlement in Canada. Mayors of Calgary, Montreal, Toronto and Vancouver are sticking their necks out by encouraging private sponsors to partner with the federal government to make sure we do our part to assist in resolving one of the most serious refugee crises in our time. And the general public is clamouring to jump on board.

But there's an elephant in the room: security. Are Syrian refugees potential threats to the safety of Canadians?

Let's look at the facts. Half of the Syrian refugees in the camps in Jordan, Lebanon and Turkey – the obvious geographical area for Canadian rescue efforts – are children. Half of the rest are women.

I led the Indochinese refugee program in 1979-80, when the Canadian government worked with private sponsors to bring 60,000 Vietnamese "boat people" to this country in 18 months. We did so with Herculean efforts from our immigration officers in the field, aided by the Department of National Defence and its staging centres in Edmonton and Montreal, the aggressive leasing of large aircraft, officials in Ottawa responsible for matching refugees with recipient families throughout Canada, and provincial officials who provided needed resettlement services.

We had security concerns in 1979, as well. The public was concerned that some of the newcomers might be communists in disguise, planted by the communist government of Vietnam to infiltrate Canada. Or they might have been serious criminals being exported to get rid of them. None of this materialized.

Security concerns are now bogging down the bureaucratic requirements. In 1979, under the special program that then existed, there were two pages. Today's instructions to refugee sponsors run to 64 pages – and represent a significant challenge. In 1979-80, sponsors were told it was a three- to four-month wait. Today it's three to four years. This red tape can be dispensed with temporarily under a special program that existed in 1979 for the Indochinese refugees. It could be re-created today for Syrian refugees.

Operation Lifeline, started in my Toronto riding of St. Paul's in 1979, ended up playing a major role in enlisting volunteers across Canada in the co-ordination of efforts between government and the private-sector sponsors. Today, a similar organization, Lifeline Syria, is attempting to replicate that effort.

Security screening of approved applicants and accompanying relatives from these camps can be conducted by CSIS agents in the field, facilitated by intelligence sharing with allies, the eagle eyes of experienced immigration officers and information from the other refugees.

To process refugees in a timely manner and address security concerns, I suggest a special program focusing on selecting families and those with Canadian connections will minimize and possibly eliminate any potential problem of security risks from this refugee group. Nevertheless, security officers from the Canadian Security Intelligence Service should be assigned to liaise with the immigration selection officers, interview refugees as required, monitor the cases and advise on additional steps to eliminate the threat of new entrants to Canada being security risks.

Wasn't this one of the reasons why CSIS was recently given new powers by Parliament under Bill C-44 (companion legislation to Bill C-51) to operate outside Canada? Let's have a real discussion about bringing in refugees in distress, from whatever part of the world. This is an honourable Canadian tradition going back to the 19th century. In modern times, this legacy has included taking in refugees from Hungary, Czechoslovakia, Uganda, Vietnam and Kosovo.

There were not delays of three or four years to bring those people to our shores, nor should there be now. 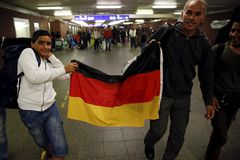 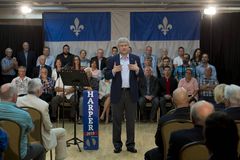 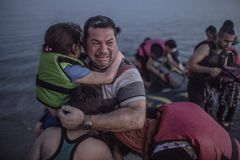