Almost a month has passed since the world learned that chemical weapons were used against the Syrian people. Apart from florid rhetoric, there still has been no response. No consequences for the monstrous regime. No act of global denunciation. More importantly, nothing to deter a further attack.

This is just the most recent example of "our" collective failure to respond to the tragedy unfolding in Syria. And since "we" respond through political leaders and multilateral institutions, how have they been performing?

The catastrophe in Syria these past two years has shone an unflattering light on an international cast of characters who have been tested by the crisis and found wanting. The main villains, of course, are the murderous Bashar al-Assad, his callous sponsor Russia and the shamefully complicit China. But there is more than enough blame to go around. Sadly, some of it must be assigned to the very institutions – and some of the international leaders – on whom "we" counted for help.

Start with the United Nations, where a dysfunctional Security Council has shown once again that major reform is long overdue. Its five permanent members ("the P5") earned their special seats by winning the Second World War. But that was nearly 70 years ago, and judging by the changes in the distribution of global influence, the interval might as well be 1,000 years. The exclusion of major players such as India, Brazil and South Africa has diminished the Security Council's legitimacy, and its secretive methods have undermined its credibility. But the council's most damning defect is the P5 veto, by which any one of these countries can shut down the most powerful international body for even the most self-serving or immoral reasons. Is that any way to run the world?

The UN's shortcomings in the Syrian crisis do not end there. In late August, the UN dispatched an inspection team with a mandate to determine whether chemical gas was used, but not to investigate who was responsible. The inspectors' work will take weeks to complete, delaying any possible response. Meanwhile, Syria's neighbours face a refugee crisis of massive proportions that is worsening by the day. The UN refugee agency still has no coherent response for a problem everyone saw coming.

Nor does the UN Secretary-General escape responsibility for the current state of affairs. These past six years, Ban Ki-moon has been an outspoken advocate for the Responsibility to Protect (R2P), the doctrine unanimously adopted by UN member states in 2005 to deal with cases where states, such as Syria, engage in the mass murder of their own populations.

But his recent statements fail to reflect the underlying principle of R2P: namely that when such crimes are committed, the international community must respond, with force if necessary, to protect these populations. The P5 veto shutting down the Security Council needn't be the last word – the Canadian-sponsored commission that recommended R2P envisaged a number of creative alternatives, including initiatives in the General Assembly or action by a coalition of concerned governments. Rather than energetically exploring these avenues, the Secretary-General has chosen to wring his hands and leave the immense moral authority of his office untapped.

The list of those who have let down the Syrian people continues to lengthen. The G20 ended its meeting last week in disarray, unable to form a unified front even against a tyrant prepared to murder his people by the most appalling means. Meanwhile, British Prime Minister David Cameron appears to have been denied the parliamentary mandate for which he advocated so eloquently simply because he did not effectively whip the vote. To think of so noble a cause foundering for so banal a reason adds a note of farce to the tragedy.

And then there is U.S. President Barack Obama, whose now legendary caution has begun to look more like chronic indecision, and whose deferral to Congress now feels more like political gamesmanship than respect for the Constitution. Mr. Obama's gambit may yet end with a triumphant vote of confidence on Capitol Hill, but the chance he is taking by going that route puts at grave risk the one remaining hope that Syrian civilians have for meaningful intervention to deter Mr. Assad from using chemical gas again.

And while all this has been going on, many opinion leaders have argued against intervention. Abhorring war, preferring diplomacy and hoping for a negotiated solution, they seem unaware that such a possibility has never been more remote. Although time is of the essence, they implore us to wait, ignoring the fact that "military intervention" is already happening, in the form of weapons and material shipped in abundance to Mr. Assad by Russia.

Our own government has laudably supported intervention, recognizing (as Prime Minister Stephen Harper said last week) that leaving Mr. Assad's war crimes unanswered establishes a precedent that will haunt the world for generations. Canada has also led the way in humanitarian funding, although it would be good to see us assume the leadership role for which we are so well qualified, making sure that the money is used quickly, and where it can do the most good.

When the history of the Syrian war is written, it will chronicle massive suffering that the world allowed to go on for far too long. Sadly, the credibility of our lofty collective ideals and the institutions we created to promote them may be among its victims.

Opinion
Obama is losing the hearts and minds of the Arab world
September 9, 2013 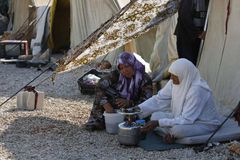 Obama guarded, but open to Russian plan to avoid war over Syria
September 9, 2013 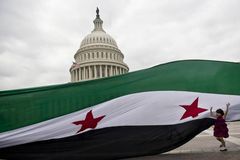 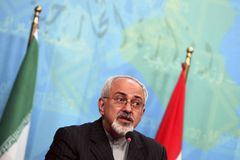