Istanbul-based Stephen Starr is the author of Revolt in Syria: Eye-Witness to the Uprising and lived in Syria for five years until February 2012.

"Everyone is welcome, including Britain and the United States, to take action against ISIS... with a prior full co-ordination with the Syrian government." These were the extraordinary comments of Syria's Foreign Minister Walid al-Mouallem welcoming Western military intervention in Syria during a press conference in Damascus on Monday.

His words, and the Syrian regime's change of stance, cap an incredible about-face from Damascus: Exactly 12 months ago, Washington was readying a military campaign against Syrian army targets following the gassing of over 1,200 civilians in two Damascus suburbs.

Today, regardless of what's gone before, it is clear Damascus wants to work with the West.

Such opportunism from Damascus is nothing new. It has been, in fact, the hallmark strategy – the defining diplomatic characteristic – of President Bashar al-Assad's foreign policy for more than 40 years.

The durability of the Assad regimes (Hafez, the father, until his death in 2000; Bashar since then) is founded in their ability and willingness to turn enemies into friends and back again. The Assads have survived by playing their opponents off each other at different times over the past 40-plus years. History is replete with such examples:

In 1979, President Hafez al-Assad gave refuge to Kurdistan Worker's Party (PKK) leader Abdullah Ocalan, a noted terrorist wanted by Turkey and Western governments. Hafez al-Assad gave Mr. Ocalan a villa in Damascus, and used his influence over the Kurdish militant as both a carrot and a stick when dealing with Ankara. Ties between Turkey and Syria improved in the 2000s, until Turkey turned against Bashar al-Assad during the Syrian revolt in 2011, and Mr. Assad quickly sought to re-establish ties with the PKK with a view to unsettling the Turkish government in any way it could.

The Assad regime's demise was forecast by many when its army was forced out of Lebanon in 2005 following the assassination of statesman Rafiq Hariri. It was thought at the time that Syria's loss of de facto control over Lebanon would encourage a coup to unseat Bashar al-Assad. However, within five years Mr. Hariri's son, Saad, as prime minister was hosted by Bashar al-Assad in Damascus. Syria had regrouped and was as strong as ever in Lebanon.

More recently, in an episode tied directly to events taking place in Syria and Iraq today, the Syrian regime's release of hundreds of jihadists and Salafis at the beginning of the revolt in 2011, under the pretext of an amnesty, served to incubate the extremism that currently governs much of northern Syria and western Iraq. The grotesque images of the murder of American journalist James Foley by an Islamic State extremist suits the Assad regime, which wants to present itself as fighting on the side of Western governments against a common enemy.

But teaming up with the Syrian regime would be a policy doomed to fail. Damascus feels its civil war is entering a new chapter, one that offers it a plausible route to regain both its international standing and territorial losses. In reality, the Syrian regime has no interest in stabilizing the region, in learning from its mistakes or in sharing power with its Syrian political opponents. History has shown us that.

In the summer of 2011 at a farm outside Damascus, I chatted for hours with a senior Syrian government official about his country's relationship with the United States. The diplomat was based in Washington following the 2003 invasion of Iraq and told me how the U.S. government approached him and his Syrian colleagues asking Damascus to stem the flow of fighters into Iraq.

The official told the Americans that Damascus would be happy to shut the Iraqi border to the jihadist fighters that were killing American troops at the time, but wanted something in exchange. Damascus, allegedly, wanted to open economic ties with U.S. companies.

But that never happened, and the jihadists flowed over the border to Iraq to slaughter and wreak havoc at will.

The Syrian regime is not a partner for peace, no matter how enticing its foreign minister's latest comments may sound. Western governments must look down other avenues if they are serious about ending the chaos engulfing in Syria and Iraq today – the history books would be a good place to start. 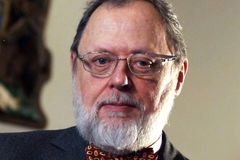 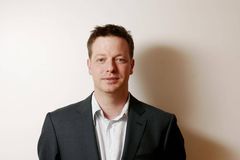